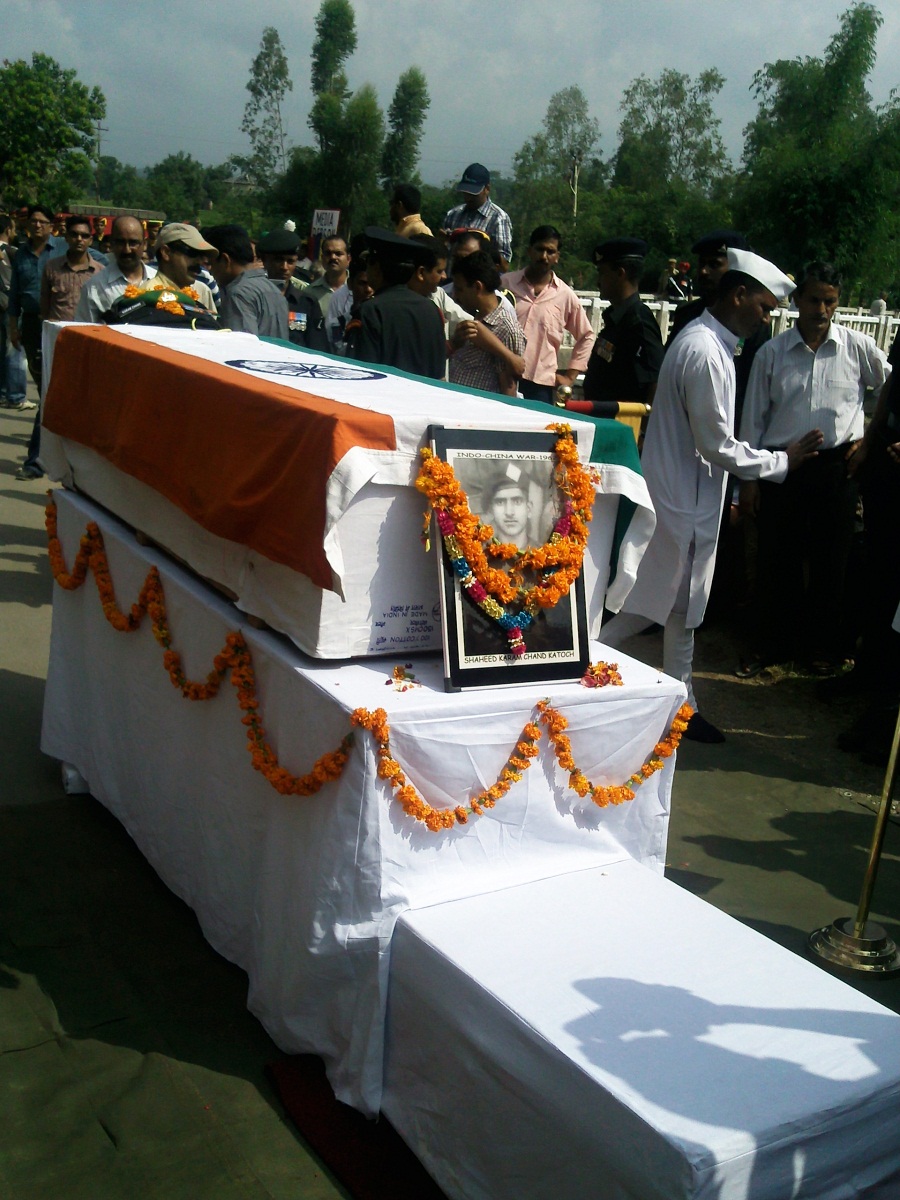 PALAMPUR: Mortal remains of the fateful soldier Karam Chand Katoch who had sacrificed his life during Indo- China war in 1962 in Arunachal were handed over to his family by the the personnel of DOGRA Regiment with full military decorum and honor at â€œHut of Remembranceâ€ in his native village Agojar twenty kilometers from here.

Wreaths were laid by Lt. Gen (Retd.) Surjit Singh and other serving as well as retired officers, Junior Commissioned Officers, Other Ranks and civil officials. A large number of war veterans of DOGRA Regiment as well as troops from Palampur and Yol Miltary Station turned up to pay homage to the brave soldier. Mortal remains were given last rites with full military honors and respect .

After 48 years of long sleep and sojourn of Sep. Karam Chand ended and his soul finally laid to rest in peace at his native place Agojar, (Himachal Pradesh) silently announcing the message to the people of the great Nation that Martyrs remain immortal.

Sep Karam Chand along with his peers assaulted on Chinese advancing forces and in spite of unfavorable weather conditions, meager resources and technological disparity fought till last breath.

Though large number of causalities were suffered by Indian troops but the aim of Chinese advancing army was defeated. During this gallant action, Sep. Karam Chand was continued one of those unsung heroes who laid his life for Motherland. The remains of this Hero could not be retrieved after the war.

The local army unit ( Sikh Regiment) swung into action on finding through war records that the identity disc belongs to 1962 Martyr Sep. Karam Chand of FOUR DOGRA Regiment. The unit of SIKH Regiment took all pains to dig out the entire area, in spite of rains and danger of more landslides. On July5th, 2010, parts of Skeleton were recovered within one feet of the area along with fountain pen and cover of pay book (dilapidated state). 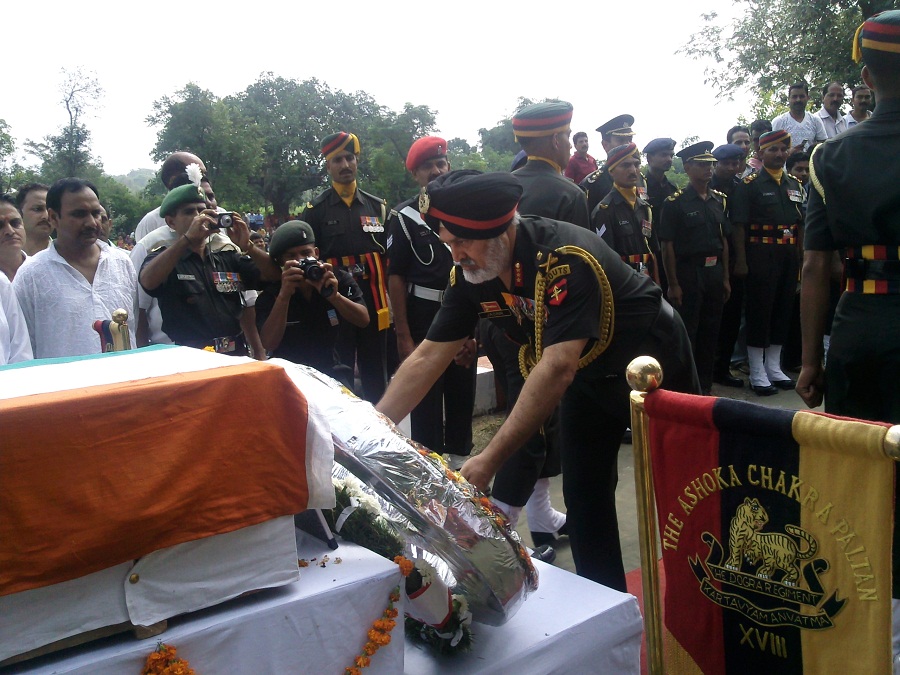 The relatives of late Sep. Karam Chand were immediately informed . They were excited, on receipt of said information through DOGRA Regiment personnel, regarding recovery of mortal remains of the brave soldier.