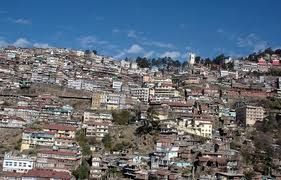 Shimla: Environmental pollution today is much discussed and debated topic.It is a cause of great concern of the humanity. But my recent concern is about the environmental quality characteristics the most dramatic intellectual shifts that are taking place in our provinces.

Where understanding of ecological underpinnings of human life, largely lost in the post â€“war dreams of construction and industrialisation, is on the rise. Now the importance of quality of healthy environment is being realised in every segment of society. Unfortunately Himachal is also in the cyclone on worst environmental condition and the biggest contribution to it is worst sanitary conditions.

If we give a look on the previous record then weâ€™ll that from the past ten years this condition is getting worst day by day and there are no proper actions against this. Government has been neglecting such a sensitive issue. They are not taking appropriate actions against this problem and the result is that SHIMLA has been marked as the red alert area for being in danger condition of environment due to poor sanitary management by Himachal Government.

It is a shame for all of us as we all know Shimla is known as the queen of the hills and that is not the way queen lives. Himachal has been marked as the symbol of DEV BHOOMI but God does not exist on such dirty places.

Himachal is truly known for the world of green and the snow capped mountains white, from the distances there is harmony and it echoes through the land and mountain in all direction all time its voice of peace and voice of healthy environment. We all are in the need to save our heritage and work on it on individual level by making some efforts to it so that we can save our provinces from being destroyed and can promote our heritage in the same way as it was.