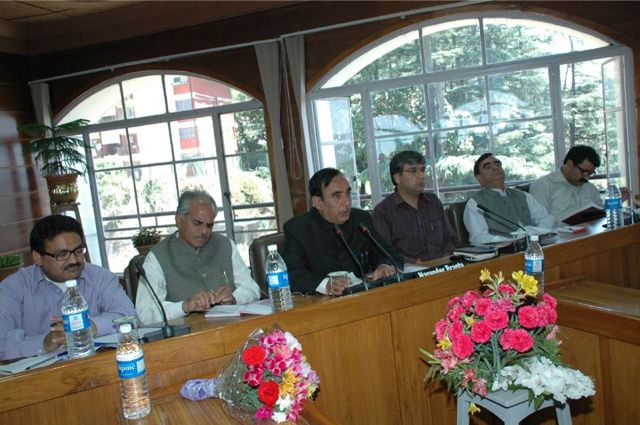 Shimla: Horticulture minister Narinder Bragta disclosed today that there were prospects of a good apple harvest in the state and the first preliminary estimate projected production to exceed 2.5 crore (20 Kg) boxes.

â€œExpecting a good apple crop, the ministry has got down to chalking out specific post-harvest management preparations so that marketing operations of the states major cash crop do not face any hiccups in July-November period,â€ he said.

Belying media reports of a bumper crop, Bragta told reporters here that against a production of Rs 1.5 crore boxes last year, this year the overall apple crops was expected to be more than 2.5 crore boxes.

For ensuring smooth marketing operations, provisions for adequate stocking of packaging material were being made. â€œWe will not hesitate to procure apple cartons from Uttar Pradesh or some other state, should carton manufacturers overprice their packaging boxes,â€ he said.

To ensure remunerative prices for the orchardists, government agencies HPMC along with two other public sector unit HIMFED and HP Agro Processing Ltd. would intervene the market, he said

Perturbed over illegal levy of commission by fruit merchants in Azadpur Market of Delhi, the minister asked orchard owners to desist from selling their produce in the Delhi markets. Number of new markets and the market intervention scheme would tilt the balance in favor of farmers, he said.

The government was laying emphasis on opening new markets at the states border points so as to encourage sale of maximum produce be done within the state borders, he added.

For maintaining regular availability of trucks for lifting marketable produce, he said a meeting of truck operators from Punjab, Delhi, Haryana and Rajasthan would be convened soon,

There are about 2 lakh households spread over 5 districts involved in growing apples that churns out an annual Rs 2000 crore economy of the state.