Shimla: In a fast changing national and global economic landscape, the government accounting system based on financial reporting framework needed a change as it has not proved to either accurate or effective instrumentality to focus on performance accountability, Vice President M Hamid Ansari stated here today. 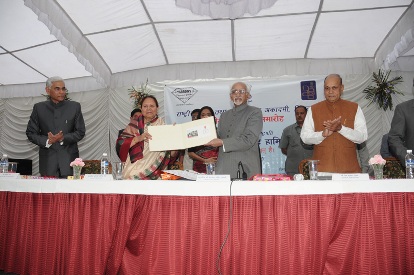 Mentioning that accounting reform was of the uttermost urgency and needed to be take up urgently as the current cash-based system did not record transactions where no cash has been paid or received even if liability many have been contracted or value received.

Effective use of public audit as an aid of enhancing governance and improving accountability demanded serious consideration, said Ansari.

Uniformity in audit treatment of regulatory bodies must be ensured, if necessary through statutory means, so that their accounts, performance and decisions that directly or indirectly carry financial implications are brought under the purview of CAG, he said.

Holding that the provisions of the 1971 Act were restrictive, the vice president said that any organization that comes under the definition of public authority in the Right to Information Act, 2005 as interpreted by courts and information commissions should be subject to audit by CAG.

He asked for extending provision of RTI Act which has a time limitation for production of records and replies, and has specific penalties for non-compliance should be emulated for CAG.

An pertinent issue was lack of any statuory authority vested in CAG for summoning officials and seeking evidence on oath, undertaking follow-up to audit reports, fixing responsibilities of officials who may have cause loss to the exchequer or recommending disciplinary action as per conduct rules or criminal prosecution as applicable.

Ansari also suggested that public debt and management and provisions of subsidies should be subject to public audit due to their significant impact on government budgets and burden of future generations.

Earlier in his welcome address Vinod Rai, Comptroller & Auditor General of India mentioned that standards of governance were falling as accountability based on audit finding of public accounts was not being adhered to.