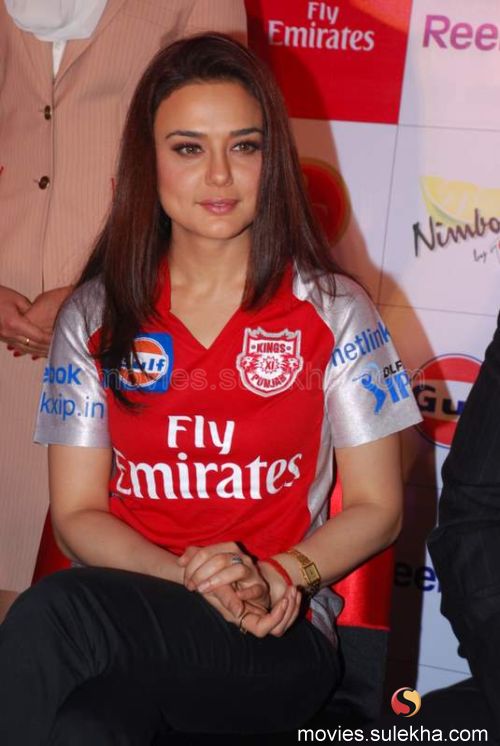 Shimla: Speaking over the interview before the IPL cricket match between Royal Challengers Bangalore of Vijay Mallya and Kings XI Punjab, Priety Zinta expressed her excitement and love for Himachal Pradesh.

Though Kings XI Punjab are still to do something substantive in the tournament, Royal Challengers have suffered a halt in the momentum with defeats in the last two games. Kings XI have all the talent in the world but itâ€™s the form and the luck as Preity says seems to be lacking. Showing a positive attitude the lady considered the fact that they have lost six matches out of seven but she is still hopeful and the moral of the team is good.

When asked about her feelings for their next venue of the IPL matches i.e. Dharmshala, Himachal Pradesh, she smilingly said, â€œItâ€™s like my life is moving in a circle. I left Himachal Pradesh fourteen years back and today again Iâ€™m going back their… Iâ€™ve been to Dharmshala and I like it alot.â€

However, half the tickets are sold out for the two Indian Premier League (IPL) matches at the neatly laid out Dharamshala stadium later in the month, many await an action packed outing in the Dhauladhars mountains to witness the advent of world class cricket even though problems of high end accommodation availability persists.