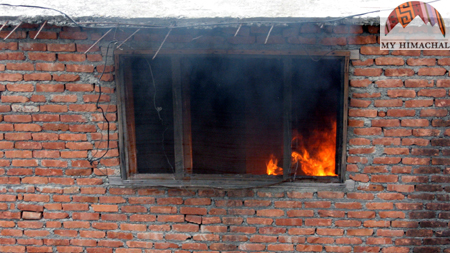 Shimla:Communal tension prevailed in villages around Nerwa in Chopal tehsil of Shimla district after members of the majority community set a mosque on fire, partially damaging it on Friday morning.

More than 1,000 people gathered early in Nerwa bazaar (about 110 Km from here) after it became known that a cow had been slaughtered in a nearby jungle on Thursday by a person from the minority community. After lodging their protest, the crowd turned their ire towards a mosque and madaras in the vicinity, sources said.

Speaking to My Himachal News, JS Rana, the district magistrate said, â€œThe situation has been brought under control and after persuasion the crowd that had gathered had disbursed.â€

He said partial damage to a mosque had taken place but no loss to life or private property was done in the communal flare up.

â€œAdequate police has been deployed in the region to secure the life and property of the inhabitants,â€ said Rana.

However, a policeman deployed to contain the tension said that two mosques had been damaged, with windows and doors of one of them being set on fire. 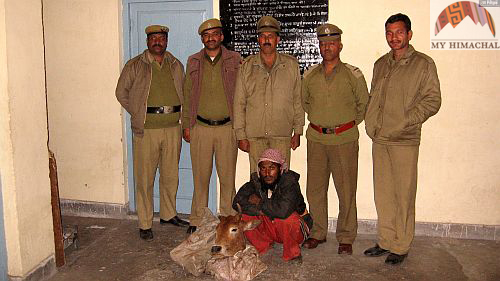 District police superintendent RM Sharma said that one Abdullah had been arrested for cow slaughter on Thursday. â€œA resident of Pujarli village in Nerwa, Abdullah was arrested under section 153-A, 295 of IPC and Cruelty to Animal Act,â€ said Sharma.

He has believed to have killed the domestic milch animal in a fit of rage after it was not giving any milk for three years.

Cow slaughter is banned in the state under the Cow Slaughter and Cattle Preservation Act, 1964.

Meanwhile the Communist Party of India (Marxists) have held the state government responsible for allowing the situation to deteriorate and not taking preventive measures as the cow slaughter incident had occurred 3 days ago. 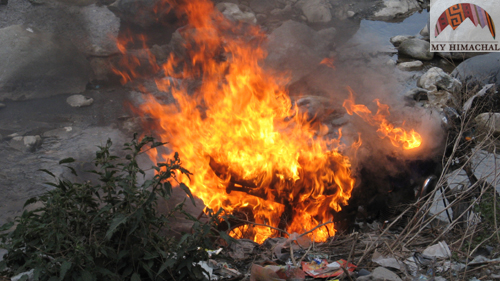 Tikender Panwar, member secretariat CPI(M) said the government had failed to preempt the communal flare up, which could have been easily avoided by timely intervention. The party has asked the government to take stern action against the perpetrators of violence and ensure communal peace in the area.