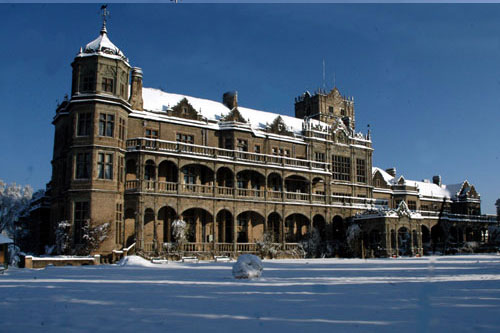 Over four sessions, participants debated critical themes such as the making of a public institution (as distinct from a government institution); how small, almost cottage industry like efforts in the private domain come to play an important part in public discussion, thereby improving the quality of public reasoning.

Equally important, as many pointed out, is the importance of these efforts as an archive of our collective intellectual efforts. Journals like Seminar are an invaluable resource for understanding how our best minds have thought about crucial issues over the years.

What made the discussion fascinating is that it went beyond academic or intellectual concerns by linking ideas and institutions to our democracy and public life. Unlike many other developing nations, India has been lucky in having the presence of such institutions â€“ private and public.

At the concluding session, remarks by Salman Khurseed reminded the gathering that what better place for such an exchange could there be than the Indian Institute of Advanced Study, a place where some of the most important meetings â€“ be they on Partition or the Shimla Accord â€“ have taken place.

Governor Gopal Gandhi pointed out in his inaugural remarks â€“ Seminar has over the years helped creative individuals of diverse persuasions and from different fields come together and constructively debate and discuss issues of importance.

At a time when, as a nation, we seem to be losing the virtues of accommodation and compassion to accommodate diversity, there is something to be learnt from Seminar, he said.