Shimla: Relations among colonial cousins India and Pakistan may be suffering for lack of confidence between the two nations after the 26/11 terrorist attack on Mumbai, but the picture is not all gloomy elsewhere.

The Sesquicentennial jubilee (150th in 2009) celebrations of Bishop Cotton School- the Oldest Public School in Asia, having been found in 1859, witnessed the arrival of guests from across the border. 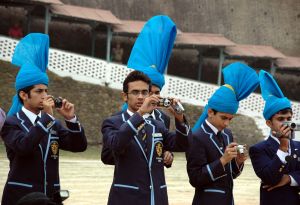 Ex-Cottonian Humanyun Khan, former Pakistan ambassador to India, followed by 25 students of Aitchison College Lahore, walked in through the sealed central doors â€“closed for 62 years – of the Irwin Hall at Bishop Cotton School, Shimla. The doors were closed after Humanyun and 40 other students had left for Pakistan during partition.

â€œEarlier, it used to take a two-day journey to reach Shimla. And, though we missed home for a few days, after a week the school was our home. Ever since I have stepped inside the school gate two days ago, that feeling has returnedâ€, said an emotional Khan.

Headmaster of Bishop Cotton R C Robinson said the ceremony was also symbolic of the need to keep Indo-Pak ties on good terms and our hearts open. To commemorate this historic occasion, a series of events took place from October 2-6, 2009. These historic anniversaries are especially significant for an institution that has enjoyed a character and status unique in this country.

The celebrations kick started when the ex-Cottanians boarded a special train together from Kalka to Shimla on 2nd October. Soon the alumni found themselves engaged into a lively discussion, sharing the long cherished memories of good-old Cottonian days. 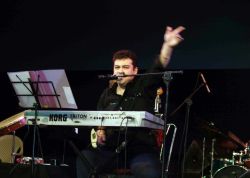 Bishop Cotton School, Shimla, is one of the oldest Public Schools in Asia, having been founded on 28 July 1859 by The Bishop George Edward Lynch Cotton, son of an Army Captain, who died leading his Regiment in battle. A scholar of Westminster and a graduate of Cambridge, in 1836 he was appointed as an assistant master at Rugby by Doctor Thomas Arnold, one of the founders of the British Public School System. It was the young Mr. Cotton who is spoken of as â€œthe model young masterâ€ in Thomas Hughes’ famous book â€œTom Brown’s School Daysâ€ which gives an insight to school life at Rugby.

After having taught for 15 years at Rugby, in 1852 he was selected to be the Headmaster of Marlborough, where he establishes organised games and House and prefect systems. He believed that â€œThe prefects are and shall be, long as I am the head, the governors of the school. As soon as I see this impracticable I will resignâ€¦â€ He was consecrated Bishop at Westminster Abbey by the Archbishop of Canterbury. Queen Victoria personally selected Bishop Cotton as Bishop of Calcutta and Metropolitan Bishop of India, Burma and Island of Ceylon, keeping in view the critical period in India. 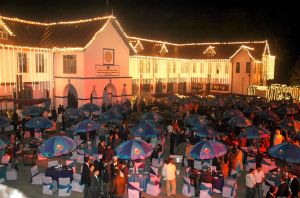 Bishop Cotton School was the first public school in Asia to start the house system, organized games and prefectorial system almost at the same time as it was developed in England. At the ancient schools, boys from a distance, lodged at private, commercially run houses and attended the school as day scholars. The 1840s saw a transition between old style Dames’ Houses, which continued at Shrewsbury until 1975, and a system whereby masters augmented their teacher’s income by running boarding houses, doing business directly with the parent and being known therefore as â€œhouse masterâ€.

In 1937 a Prep School was opened by buying the Ayrclif Girls School (now the Tibetan School in Chotta Shimla) for Rs. 35,000/-. In December 1947 the prep school was closed as 42 Pakistani and 98 British and European boys left India and the school. The prep school was finally sold in 1961, to the Dalai Lama having been on rent to the government from 1948. The first Indian boy permitted to join the school was Suren Tagore in 1881 and Vishnu Singh in 1883.

The school has an unbroken history since 1859 and by the statues of the school; the former Viceroys and the Presidents are the visitors of the School. In 1989, the President of India was the Chief Guest at the Founder’s Day Celebration. A School is judged by its products. The school has produced Ambassadors, UN Contingent Commanders, Politicians, M.P.’s in England and India, about a dozen Generals/ Admirals/ Air Marshals, leading Industrialists, Authors, A Chief Minister, Secretaries and an Air Chief. Cottonians have donned the Indian colours in Golf, won a gold Medal in National Taekwando, broken the national broad jump record, represented England and Malaysia in Hockey and Malaysia in cricket, won the second highest Indian decoration in war and have been knighted and produced the most decorated officer in the history of all Armies (Maj. R. Farran) Cottonians have also made the supreme sacrifice in defense of their Country. 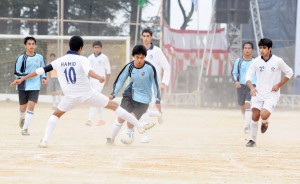 Major Roy Farran was the highest decorated military soldier in the world. He passed away in 2006 in Canada.

Tarsem Singh Dhandwar, Hollywood Director, (Ibbetson 1972 -78). He is one of the highest paid directors in Hollywood. Tarsem’s feature film directorial debut was The Cell (2000), starringJennifer Lopez. His second film, The Fall, debuted at the 2006 Toronto International Film Festival and was released theatrically in the United States in 2008.