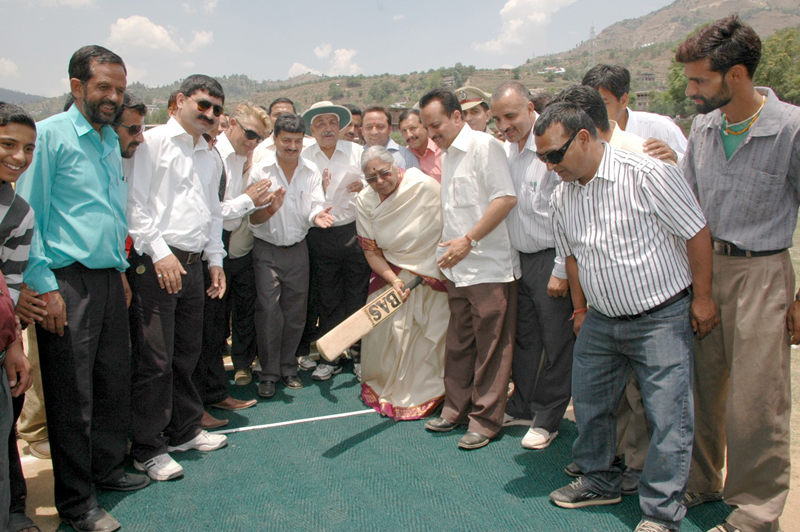 Shimla: Prabha Rau, Himachal Pradesh Governor, said that sports infrastructure needs to be developed in rural areas of the State so that the players of these areas can also compete national level tournaments. She said this on an inaugural function of the 16th All India Maharaja Padam Singh Memorial Cricket Cup Tournament organized by Rohru Cricket Association at Indira Gandhi Sports Stadium at Rohru.

As many as eight teams drawn from different organizations and clubs comprising of Test and International players are participating in the tournament.

She said that Cricket being an International Sport, can provide good career prospects in India as well as in State.

She appreciated the efforts of Rohru Cricket Association for organizing the tournament in a remote area like Rohru and hoped that it would go a long way in achieving its national status.