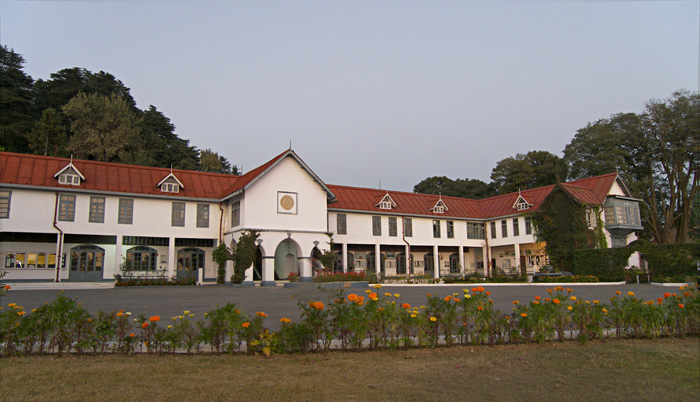 Shimla: Failure to resolve a 55 day old employee strike at Bishop Cotton School has caused a deadlock in the reputed institutionâ€™s functioning that is looking forward to celebrating its 150th Foundation Day in July.

Chunni says â€œRathore intervened to take back 23 of the 33 employees who were served termination notices, last December. We maintain that 30 be taken back and against the other 3, whom the school had acted against arbitrarily, an inquiry be conducted.â€

These employees who ran the senior school kitchen and dinning services are on strike since February 27. Others 73 employees joined them on March 20. Services like hot water supply, cleanliness, laundry and others stand crippled. Teachers have volunteered for extra duties to keep essential services including general cleanliness functional.

Academic and sports events on the years calendar run behind schedule as Slater Debate, a prime event in schools calendar, in which more than 24 reputed schools of the country participate annually, stands postponed. School marathon, a long distance running competition has been deferred. Fearing uncertain conditions, about 40 students have not returned after a 10 day unscheduled Easter holiday break.

â€œThe senior boys kitchen and dinning room has not been functioning since the school reopened,â€ says a class XII student. â€œSpace in the junior dinning hall is so limited that many boys have to take their meals standing,â€ he added. The junior school kitchen, outsourced to a private contractor, is functional. There are about 525 boys at the all boarding school of which about 380 are in senior school.

The whole dispute is over operating the senior school boys kitchen. Last October, all kitchen employees struck work for two days when headmaster Roy Robinson suspended 3 of them for indiscipline.

On rejoining, they worked for the remaining session, but on December 6, just before the school closed for 3 months winter vacations, 33 striking employees were served termination notices.

Chunni says, â€œunder the garb of disciplinary action the school intends to do away with our jobs and outsource the kitchen to a contractor. For the same offense how can you reinstate some and sack othersâ€

Mediating in the matter Jitinder Bindra, labour officer says, â€œconciliation efforts are on. The school which initially refused to take back anyone has now agreed to take back 18 and has approached its board for permission to take back another 5.â€ Bindra expects a breakthrough at yet another conciliatory meet on Thursday (April 23).

Headmaster Roy C Robinson maintains, â€œteaching is going on as normal.â€ About the running feud he says, â€œat the intervention of deputy commissioner Rathore, the school has offered to reinstate 18 employees who have a good track record. For the rest, a retrenchment compensation package, gratuity and 8 monthâ€™s salary has been proposed.â€

Parents who have to cough up about Rs 2 lakhs per year for a seat at the prestigious institution are a harassed lot. â€œAcademics, sports, extra-curricular activities and school hygienic conditions have been hit,â€ says RS Thakur, whose son is in class XII. â€œItâ€™s a crucial year for my son and the lingering dispute is affecting most, all who face a board exam this session, he said.