Shimla: It seems victory and Suresh Rana is becoming synonym. Yes, he again shone as a winner in recently held six-day rally, the 7th edition of Maruti Suzuki Desert Storm, which successfully ended on 23rd February, 2009. Suresh Rana, who has won five consecutive Raid-de-Himalaya title since 2004, of the Team Thunderbolt in his Maruti Suzuki Gypsy won in the Xtreme category by defending last yearâ€™s champion Sunny Sidhu from Chandigarh, of Team Godwin by a margin of two minutes and sixty-seven seconds.

The other runners-up were Ajgar Ali from Kolkata driving a Maruti Suzuki Esteem (Xplore), Jagmeet Gill also from Chandigarh on a Maruti Suzuki Gypsy (Ndure) and Raj S. Rathore (Biker). 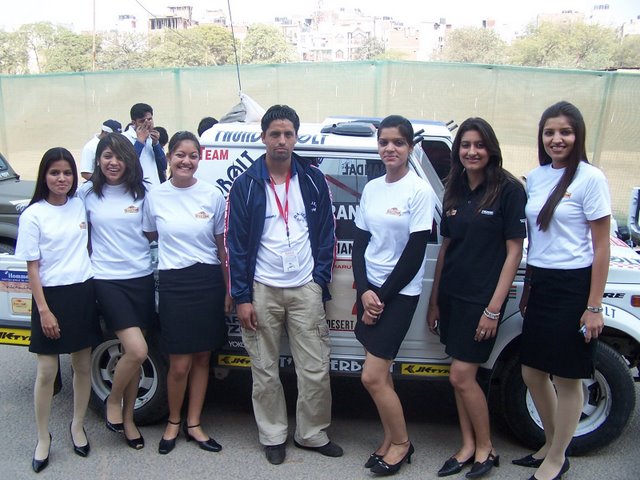 The route took 170 rallyists through competitive and transport sections. The ceremonial flagged-off from New Delhi, the 6 day long rally started from Shahpur near Manesar and passed through various challenging stages including a marshy stretch on the Aravalli in the outskirts of Jaipur, treacherous mud tracks in Bikaner, the sandy desert in Jaisalmer, and of course, hard lake beds in the Kutch area of Gujarat.

This was the first time when any motorsports event in India was held at Adesar, which connects the Small Rann to the Great Rann of Kutch in Gujarat.