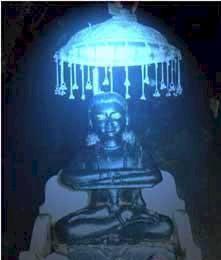 HAMIRPUR: Month long Chaitra melas (fair) at Deotsidh, the seat of power of Baba Balak Nath will be started from March 14th this year. This was stated here today by Deputy Commissioner, Abhishek Jain. He said that necessary steps were in the making for successful holding of the melas. Deotsidh falls in Hamirpur district .

Addressing a meeting of the district officers and those associated with the temple management here today, he said that the entire Deotish would be divided into three sectors and two control rooms would be set up during the fair. He said that the entry to the temple would on parchi system. “No one will be allowed to get back door entry”, he told the officers.

He claimed that there were eight inns in the temple vicinity and they were enough for the pilgrims. Nearly ten to twenty lakh pilgrims take part in the first month of the meals. This mela continues for three months and attracts pilgrims not only from the states of HP, Haryana, Punjab and Chandigarh but also from abroad.

Jain said that police force and home guard jawans including women force people would be employed to maintain law and order during the festival.

People offer ROATES made of wheat atta mixed with desi ghee and gur or shaker is offered at the cave along with money in cash and kind. This way, they seek the blessings of the Lord. Baba Balak Nath is the incarnation of Lord Kartekya, the younger son of Lord Shiva. Baba remained bachelor and that is why women are not allowed to enter the cave. They are, however, allowed to have the glimpse of the cave from a platform erected by the temple management.