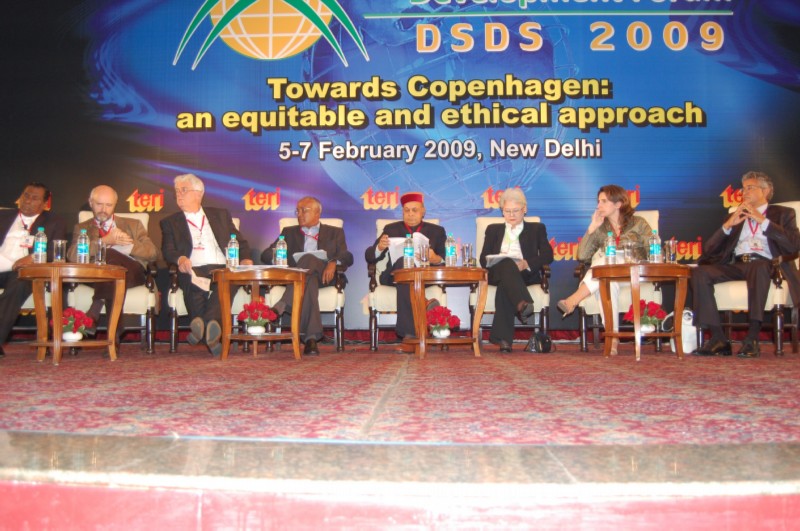 Shimla: The Delhi Sustainable Development Summit 2009 was organized by TERI in New Delhi where Professor Prem Kumar Dhumal said to organize a national level Seminar on the â€“”Status of Glaciers” with other Himalyan states of the country to study climatic change in the Himalyan region.

The DSDS (Delhi Sustainable Development Summit) is an annual flagship event of TERI being organized since 2001. It is a global forum that seeks to provide long-term solutions for sustainable development. It has witnessed participation by global stakeholders including heads of state/government, ministers, and dignitaries comprising Nobel laureates, development practitioners, scientists, academicians, and corporate leaders from across the world.

The summit 2009 was inaugurated by Pranab Mukherjee, Honâ€™ble Minister of External Affairs, Ministry of External Affairs Govt. of India. This summit was organised to reinforce the climate change agenda of year 2008. It would sharpen the focus on the theme â€˜Towards Copenhagen: an equitable and ethical approachâ€™, to arrive at a global consensus on climate change beyond 2012. 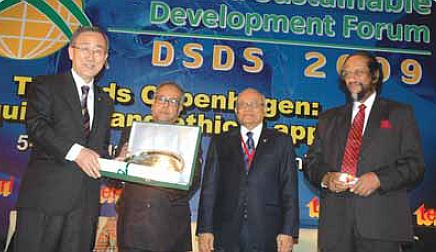 Dhumal said on the occasion that State Govt. is preparing separate Environment Master Plan for the state to inventorize Green House Gas (GHG) emissions for assessing Carbon Footprints and also lead sectoral guidelines for environmental protections. He told that carbon footprint per capita of the state has been assessed at 0.4 tonne per capital in comparison to national average of 1.05 tonnes per capita.

He added that State Govt. is promoting use of non-conventional energy sources for space heating and discouraging the use of charcoal and fossil fuel etc. to reduce the GHG emission in the state. And State Govt. has made it mandatory to release 15% minimum flow level in rivers in hydel projects in order to preserve down stream riverine ecology and promote run of the river projects.