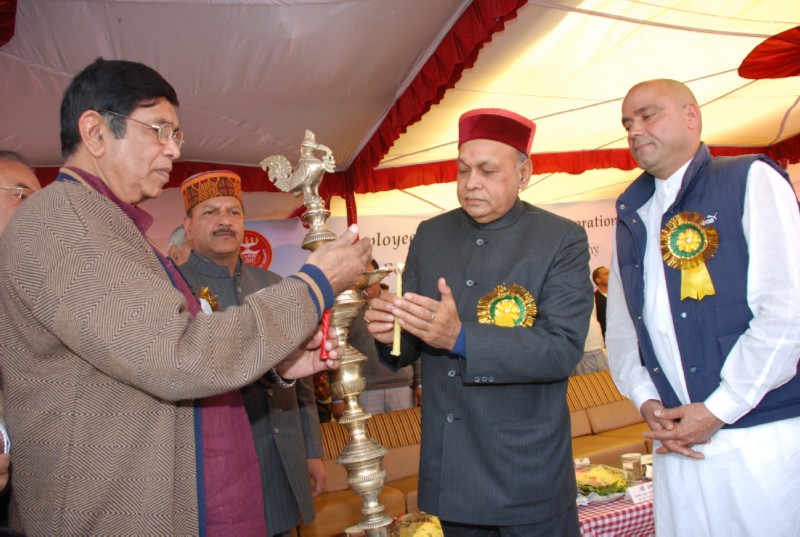 Prof. Dhumal thanked Union Government and Union Minister for laying the foundation stone of the 1st ESI Hospital and college in the State of Himachal Pradesh. He also said that 31 acres of land had been provided to ESI at a toke lease of Rs. 1.00 for 99 years lease.

Oscar Fernades said that ESI Medical College and Hospital would start admission in next academic session of 2010-11. He said that the institution would be instrumental in providing specialized medical services to the common people. He said that it was joint endeavour of Centre and the State Government to start ESI Hospital and Medical College in district Mandi. He said that similar cooperation was expected to continue in future as well so that more such institutions of par excellence were opened.