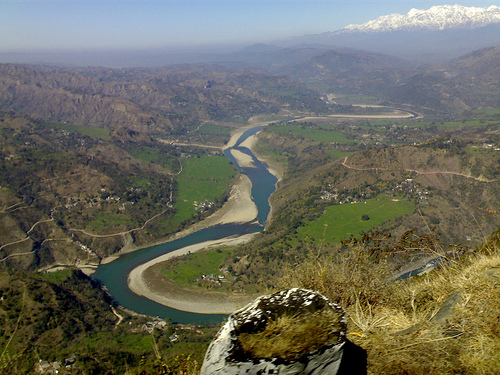 HAMIRPUR: Hamirpur district of Himachal Pradesh will also come on the map of hydel power generation. This became possible due to the signing of an agreement between the Hp government and the SJVNL on proposed 40 MW Dhaulasidh hydel power project in Nadaun area of the district.

The Satluj Jal Vidyut Nigam has invited tenders for the studies and design work of the proposed Dhaula Sidh power project in Hamirpur district by February 17th. This project will be commissioned on River Beas near the historic temple of Baba Dhaula Sidh. Hundreds of people of the Nadaun sub division of the Hamirpur district pay their obeisance in the temple after the marriages of their spouses and on occasion of the Mundan ceremonies of their children. They also offer their headgears at the temple after the marriage ceremony.

The project authorities want to have the project of 40 MW. Earlier, there were reports that it would be of 60 MW. The Himachal Pradesh government had recently awarded this project to the SJVN for exploitation. The project will generate 114.029 MU of electrical energy in 90% dependable year. The base cost of project is estimated at Rs 240 crores at Rs. 6 crores per MW.

Dhaulasidh project is an upstream development of Pong Dam on river Beas, about 10 km downstream from the bridge at Sujanpur Tihra near Kangra district of HP.

The SJVN has already set up its administrative office at Hamirpur for supervising the initial work. Sources in the department say that the DPI of the project work will be finalized not less than in one year and only then the work would be taken up.

There are two temples and three families who were to be dislocated in event of the construction of the dam for the project work. The proposed dam will be constructed in between Dhaulasidh and Sujanpur tira and there will be a vast scope for the Pisciculture once the dam is constructed and the power work is also undertaken.

Earlier there were reports that the Himachal Pradesh government was taking steps to execute 80 mw Dhaula Sidh HEP project in Nadaun area of Hamirpur district. It may be recalled that GVK Industries was given the mandate in April 2002 to implement Rupees 300 crore hydel project on build own operate and maintain basis. However, change in the regime in the state resulted in the review of 17 big projects which were assigned during the previous BJP rule. Dhaula Sidh project was one among them.

Sukhvinder Singh Sukhoo, the local Congress MLA says that the project will bring prosperity in the Hamirpur district in general and the nearby areas of Kangra and Nadaun sub division of Hamirpur in particular. He says that this project will provide employment to hundreds of people of Hamirpur and Kangra district as this project is located in between the boundaries of these two districts. He said that there was a need to expedite the work for the completion of the necessary formalities to start the work of the project as much delay had already been caused in this respect.

Photo of Beas river for informational purposes by Disha Singh.