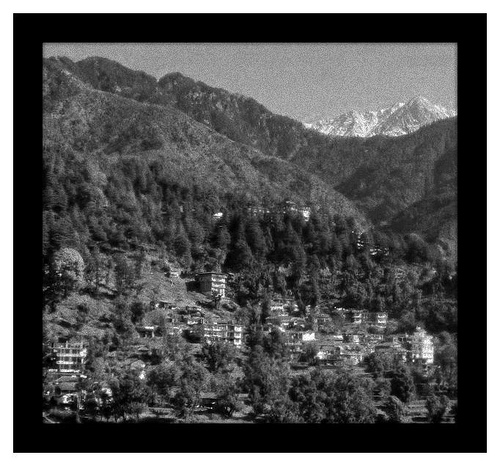 Situated in the northern Indian state of Himachal Pradesh, Mcleodganj is the upper part of a sleepy town known as Dharamshala, resting in the foothills of Dhauladhar range. The town offers majestic views of the mighty Dhauladhar ranges above, the Kangra settlement below while having a sedative effect, far from the hustle bustle of the modern times.

Dhauladhar meaning “white ridge” justifies its name with breathtaking, snow-capped ranges of about 17,000 feet. A mention from the times of British says, “No scenery, in my opinion, presents such sublime and delightful contrasts. Below lays the plain, a picture of rural loveliness and repose… Turning from this scene of peaceful beauty, the stern and majestic hills confront us… above all are wastes of snow to rest on”, seems perfect for McleodGanj, which is definitely about repose and peace. 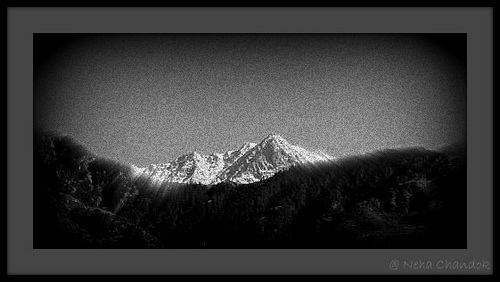 Through the pages of history

Looking back in history, the texts tell us that by 1855, Dharamsala had only two major areas where civilians settled in: McLeodganj which was named after Punjab’s Lieutenant Governor- David McLeod and Forsyth Ganj named after a Divisional Commissioner.

It was Lord Elgin; the British Viceroy of India (1862-63) who first noticed the charms which Dharamsala’s scenic beauty had to offer. It is said that Lord Elgin found it similar to Scotland. Not only that, he died in 1863 when he was on a tour to the town and now lies buried in the graveyard of St. John’s Church-in-Wilderness.

In the earlier years of 20th century, Forsyth Ganj and McLeodGanj were one of the important regions of trade and commerce though the earthquake on April 4, 1905 resulted in severe destruction which is one reason how the today standing Kotwali bazaar which first had only a jail and police station came into being. Till 1947 McLeod Ganj and Forsyth Ganj continued to serve as health resorts and resting places for the British Rulers. After Independence the place lost its importance and faded into history but the Chinese invasion of Tibet in 1959 quickly changed everything.

It was in the year 1959 when government of India decided to grant political asylum to the 14th Dalai Lama, Tenzin Gyatsho. In 1960, Dalai Lama was permitted to make McLeodGanj his headquarters. With him came a thousand Tibetan refugees who not only settles in the place but also started trade, made the place come alive with their culture and adopted it as their home away from home. Thereafter, the place has been an area of interest for reasons both cultural and political.

It is the residence of His Holiness Dalai Lama which lies opposite the Tsuglag Khang, or the Central Cathedral that attracts a number of tourists from far and near. About ten minutes’ walk from McLeodGunj, Dalai Lama is known for his hospitality and receiving public audiences. Visitors can apply for public audiences at the Branch Security Office in McLeod Gunj, near Hotel Tibet, though applications pertaining to private audiences need to be made in writing to his secretary in advance. 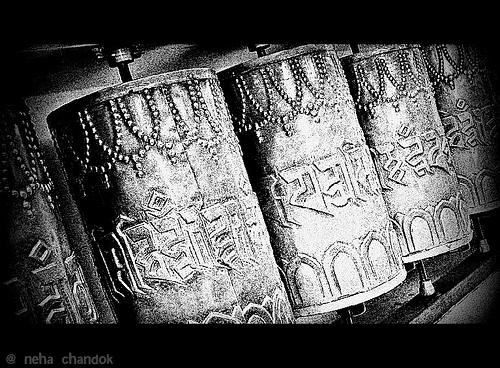 The Library of Tibetan Works And Archives (LTWA) is situated in the Central Tibetan Administration building and was established in 1971 as a storehouse to protect the antique cultural objects, books and manuscripts from Tibet.

The library has since then been known for producing scholars and has gained a repute of an international centre for anyone interested in Tibetan studies or culture. It supports eight departments: research and translation; publications; oral history and film documentation; reading room; Tibetan studies; Tibetan manuscripts; a museum and a school meant for thangka painting and wood-carving. The library itself supports a team of scholars from Tibet engaged in exploration, translation, training and publication of books.

LTWA also offers classes in Buddhist philosophy and the Tibetan language and brings books and booklets on varied aspects of Tibetan culture.

Tibetan Institute Of Performing Arts, also known as TIPA is within fifteen minutes’ walk from McLeodGunj. Founded in 1959, TIPA was the very first institution in exile and known for the colourful and unique folk opera of Tibet called as â€˜lhamo’. TIPA preserves the musical heritage and conserves dance and theatrical traditions from Tibet. The institute has a modern Theater Troupe which puts on contemporary plays.

It holds a yearly Folk Opera Festival in April where a number of folk operas, dance, plays, concerts and music are presented.

The flourishing, acceptance and welcome of institutes as mentioned above lead to the establishment of the Norbulingka Institute of Tibetan Culture by the Department of Religion and Culture to promote Tibetan art and culture. The institute derives its name from Dalai Lama’s beautiful summer residence, the Norbulingka (Jewel Garden).

The town is now known for a lot of Tibetan literature that is published by the scholars settled in. â€˜The Tibet Journal’, an international scholarly journal on Tibetan culture, â€˜Sheja’, a monthly and â€˜Tibetan Freedom’, a weekly are a few known names. Tibetan Bulletin, a bi-monthly magazine in English, Tibbat Desh, a bi-monthly in Hindi, Tibet Bulletin, a bi-monthly in Chinese, Rangzen in both Tibetan and English are also being published. The Institute of Buddhist Dialectics publishes Lhaksam Tsekpa to interpret the broad issues of western political thought and ideas while the Department of Religion and Culture takes out Cho-Yang on culture and Buddhism. There are a number of second-hand bookshops where you can buy cheaper, used yet quality books. The Tibetan market offers almost everything of one’s need in an exquisite style.

Local Indian traditions are celebrated with as much enthusiasm while Tibetans have made it more attractive with their own festival celebrations like Losar (Tibetan New Year), Dalai Lama’s birthday, celebrated on July 6. Tibetan food is as readily served as the Indian food. Mcleodganj of today holds a rich, colourful life to offer. As the day dawns the life picks up slowly yet relaxed. It is truly the little Tibet of India.