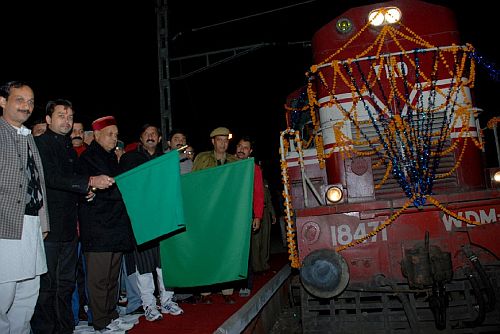 Addressing the media, after the inauguration, he thanked the Center Government for connecting Himachal Pradesh with the super fast railway service, Jan Shatabdi Express Service.

He added that soon efforts would be made to upgrade the infrastructure of the Una railway station and euip it with laest technology.

Further he threw light upon the other proposed and in progress railway lines.

Anurag Thakur, M.P. Lok Sabha, with prominent people of the area and representatives of all political parties attended the flagging off ceremony.