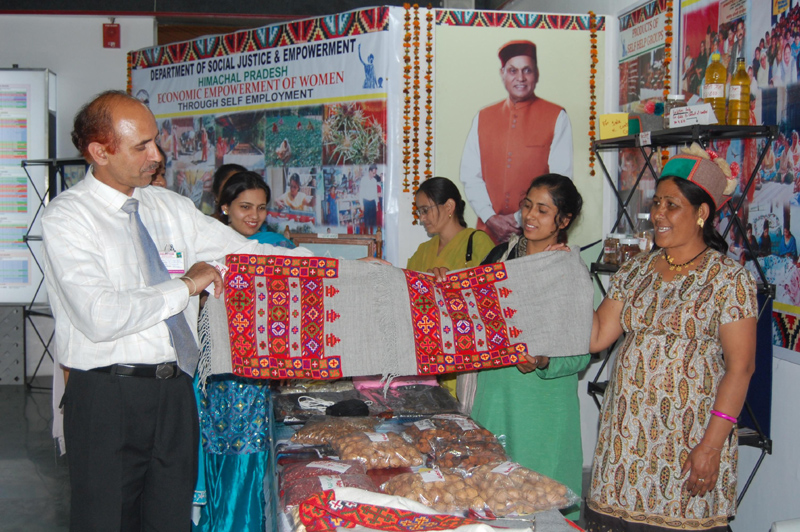 He told that 50 prestigious companies and 20 government departments are taking part in the fair and added that while the companies are getting massive response from business customers on the other hand, the woolen products from tribal areas of kinnaur, lahaul and pangi valley are in high demand keeping in view the winter season in the capital. He said that the customers have largely appreciated kullu shawls, tribal dry fruits and lahauli woolen socks during the fair.

The government has spent 40 lakhs during this year on renovation and repair of the Himachal Pavilion to make it attractive and create additional infrastructure and facilities for the visitors. He said that modern fire fighting and safety equipment has been installed in the Pavilion to meet the national standards and added that twenty six smoke detectors, three fire houses and five manual call points have been set up for the fire safety while exit points have been created at every thirty metres distance to regulate the crowd and ensure their safety at all costs.

A three-phase generator set has been installed for ensuing regular electricity supply to the Pavilion and added that 75000-litre water capacity has been added in the Himachali Restaurant. He told that one separate exit point has been created for the restaurant visitors and special arrangement has been made to provide tasty Himachali cuisine like Chamba Madra to the customers.[/lang_en]