Shimla: A three day training program for fabrication of LED lights and maintenance of solar devices concluded here on Sunday with participants from Leh Ladakh, students and faculty from Industrial Training Institute (ITI), Shimla, rural electricians and nominees from local institutes partaking in it. 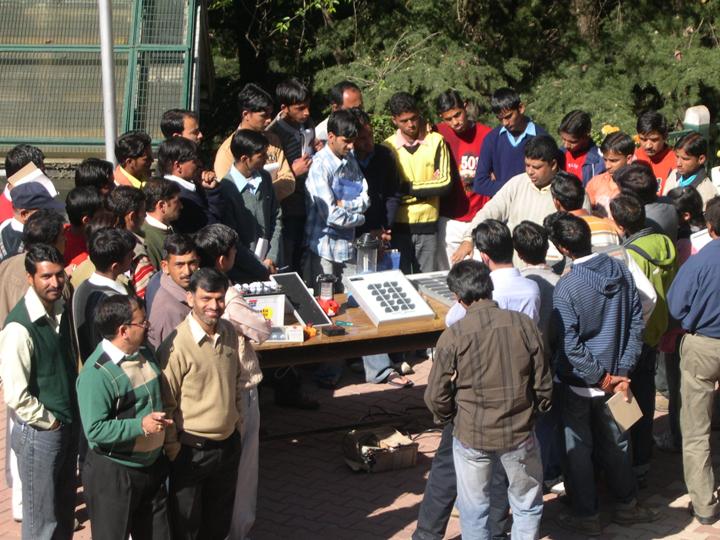 At the hands on training the participants developed 29 LED lights, besides learning about the basics and practical skills involved in manufacturing and maintenance of LED and solar devices, said Lal Singh, of the Himalayan Research Group NGO.

With Himachal being the only state in the country providing uninterrupted power supply there was potential to develop energy saving devices for cutting down power consumption, said SP Chaudhari, a eminent energy planner and national coordinator with the department of science and technology.

Chaudhari added that solar energy was emission free and not limited like coal and petroleum which contributed to global warming.

In India marketing of energy like kerosene, coal, wood, petroleum and electricity is done on commercial scale in a business model and there is an urgent need to develop similar business models to popularize renewable energy to cut emission and generate new avenues for rural employment. In countries like Germany, Spain and USA renewable energy is distributed through grid by private entrepreneurs, he said.

The training was organized by the Himalayan Research Group, a Core Group of the Department of Science and Technology, (Govt. of India) implementing the DST coordinated initiative on energy in Himachal Pradesh.

Participants from HIMURJA mentioned that non availability of maintenance backup and peopleâ€™s participation were the major bottleneck in popularization of the solar devices such training would help in overcoming the problem in rural areas.