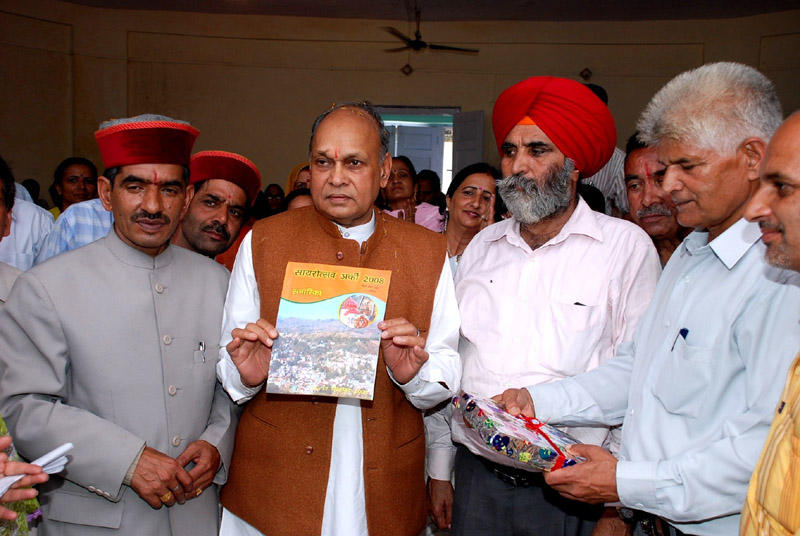 Prem Kumar Dhumal, the Chief Minister today announced that the state government had prepared a plan for setting up of 20,000 Poly-houses. The plan has been submitted to Central government for financing. He also announced that single eligible women would be able to draw Social Security Pensionary benefits and separate ration cards would be issued to them.

He said that the target of achieving free soil testing of one-lakh farmers would be achieved soon while about 56000 farmers had already been covered under the scheme and have been issued Soil Health Cards.He said that the state government was making efforts to protect the interests of all the sections of the society by rising above political considerations and appealed to the people to take benefit of NREGA program.

He said that Shalaghat-Subathu-Solan road would double laned and the Basantpur-Bharadighat road would also be widened.