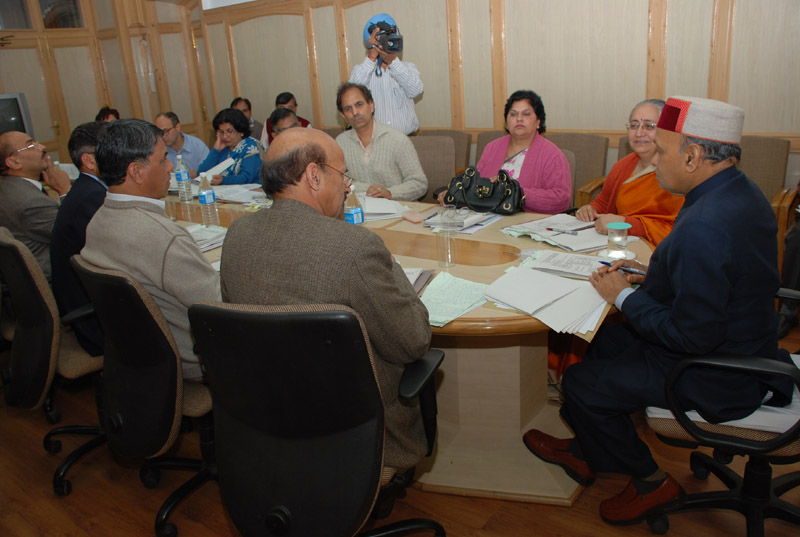 Shimla:Â The Himachal government at its single window clearance authority meet on Friday cleared 18 project proposals that envisage an investment of Rs 3100 crores.Â

Other than the 17 projects which the government announced clearing earlier, in a later development on the same day, the government accorded clearance to the Rs 2400 crore Solaryan Technologies project.

The Solaryan project is a prestigious one as it would be one of its kind for the country which will produce thin film silicon solar panels that are used to develop photoelectric cells used for harnessing solar energy.

The projects that got the governments nod today have a potential of creating 5938 new job avenues, he added.Â

Speaking on the occasion Dhumal said that a large number of investors had shown interest in investing in Himachal Pradesh after the announcement of the special industrial package announced by the then Prime Minister, Atal Behari Vajpayee in 2003 and total investment had soared to over Rs 30 thousand crore, since then.Â

However, he held the previous congress government responsible for misrepresenting the states case that has reduced the 10 year package to 7 years only.Â

He said the government was pursuing the states case at her highest level to extend the package beyond 2010 to its original period of 2013.

In order to streamline land requirements for industries the government was considering authorizing the industries director for entertaining applications under section 118 of the HP land acts, which prohibits land purchase by outside agencies.

At the same time the chief minister warned no serious investors saying that they would be issued notices for not moving on the projects for which approval has been obtained from the single window authority. “After providing them one more opportunity to set up the units the government would move in and cancel all allotments where the investor is not serious and pass it on to other entrepreneurs, said Dhumal.