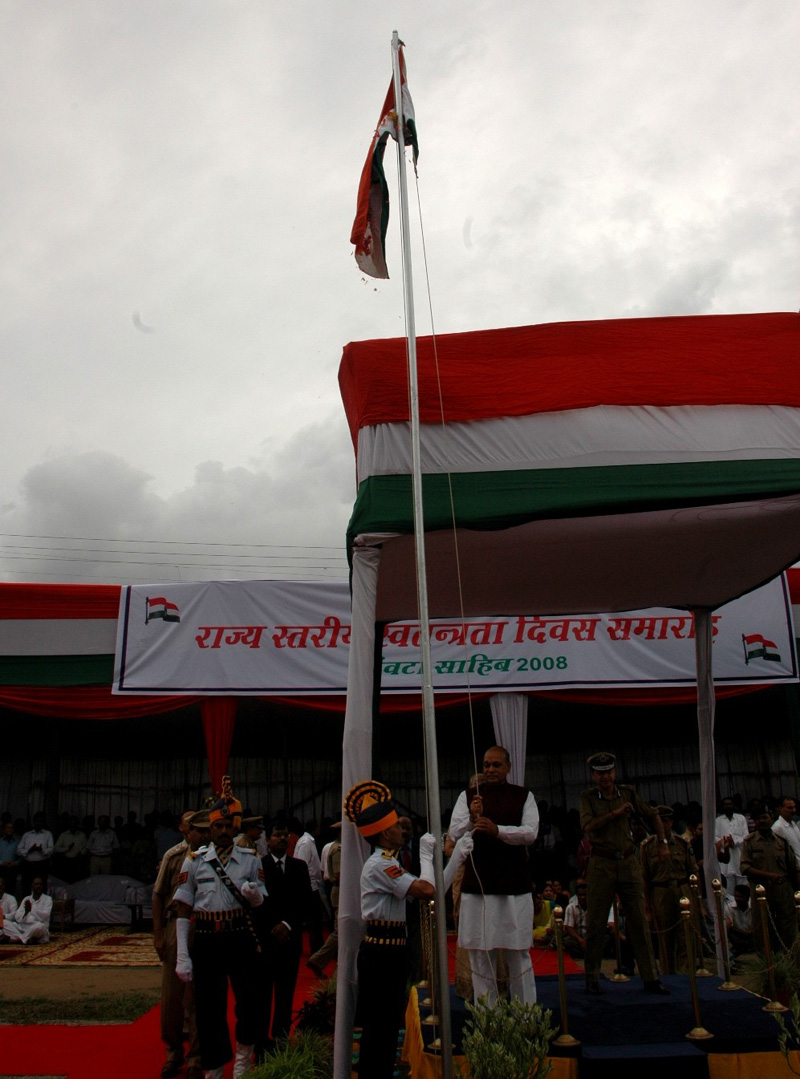 Shimla: The 61st Independence Day was celebrated throughout the State with great enthusiasm today.

The State-level function was celebrated at the Sikh Holy town Paonta Sahib in District Sirmour in the presence of large number of dignitaries and people from different parts of the adjoining states of Uttrakhand and Haryana. Prof. Prem Kumar Dhumal unfurled the National Flag, inspected the parade and took salute from the contingents of Himachal Pradesh Police, dressed in new attraction uniform, Himachal Home Guards, NCC Cadets and Scouts Band in an impressive march past. Vimukt Ranjan D.S.P. commanded the parade.

Chief Minister greeted the people of the country especially of Himachal Pradesh and addressed them through the large assembly of people at the venue of State level function at Paonta Sahib where he announced release of 6 percent Dearness Allowance to the three lakh employees and pensioners of the State to be paid from January, this year, benefiting them to the tune of Rs. 225 crore during current financial year alone.