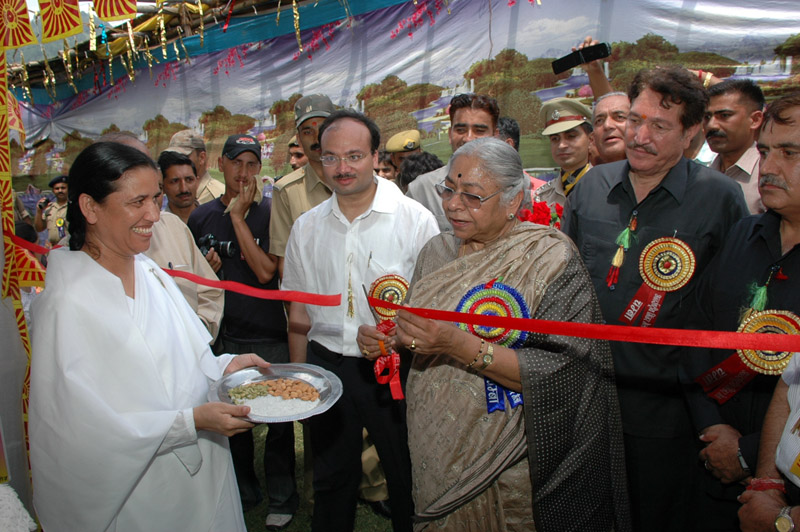 Prabha Rau, the new Governor inaugurated the week long International Minjar Fair by unfurling the Minjar flag at Chamba today. The Governor said that fairs and festivals go a long way in preserving our cultural heritage which not only uphold our traditional values but also strengthen the spirit of brotherhood and fraternity among the people.

She further said that celebrating the fair in a traditional manner would not only make the youth aware of our ancient customs but also make them proud of the culture, they are part of.

Later on, she also inaugurated the sports competitions of Minjar fair at Police Ground Chamba and the exhibition installed by various Government departments and Boards and Corporations depicting the achievements of the present Government and also evinced keen interest in it.

The Governor was honored with shawl and mementos on the occasion.