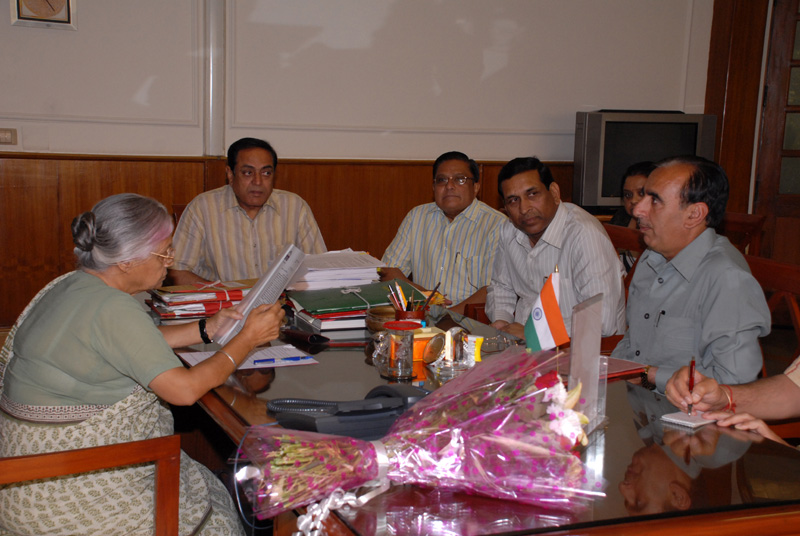 Himachal Pradesh Government has strongly protested with Delhi Government over raw treatment being meted out to the Himachali fruit growers by the commission agents in Asia’s biggest fruit market Azadpur Subzi Mandi Delhi.

HP Horticulture Minister Narender Bragta called on Delhi Chief Minister Mrs. Sheila Dixit in Delhi today and listed the various problems being faced by the fruit growers who come from different parts of the state to sell their produce.

Bragta told Dixit that despite the passage of model APMC Act by Delhi Government around a decade ago yet its implementation has not been made effective and the fruit growers are losers in this case.

Azadpur Mandi commission agents overcharge commission from fixed rate of 6 percent to 8 percent and this additional 2 percent overcharge is shown on various factitious heads. Himachal fruit growers wait for two three days to unload their produce due to less numbers of sheds and yards in the Azadpur Subzi Mandi and this leads to fruit and vegetables loose their value and it loss to the fruit and vegetable growers.

Bragta demanded the construction of Kisan Bhawan in Azadpur Subzi Mandi for providing boarding and lodging facilities at affordable rates. He demanded separate air-conditioned market for the flower growers so as to maintain the quality and freshness of the flowers for longer period.