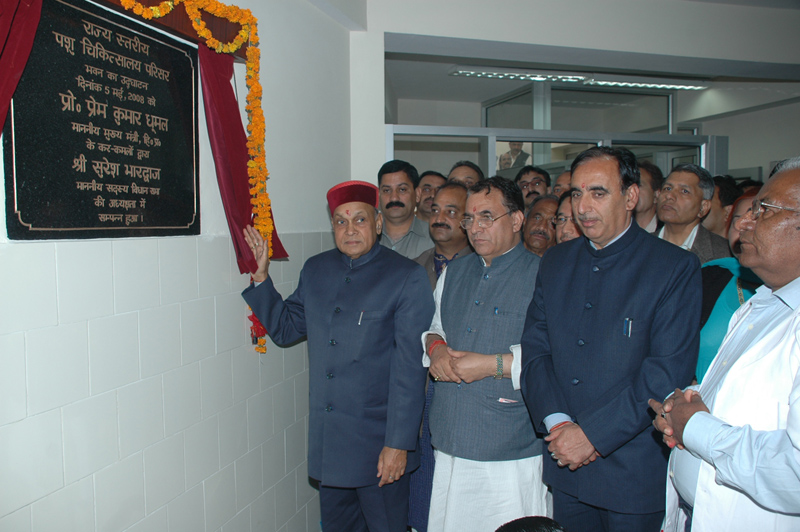 Shimla: Prof. P.K.Dhumal, Chief Minister today dedicated the State Veterinary Hospital at Shimla, equipped with all modern facilities to cater to the requirements of the animals and birds to the people of the state. Known as the State of the Art Veterinary Hospital, the hospital had been completed at a cost of 1.72 crores.

The Chief Minister said that the state was upgrading health zones with the latest medical technologies. He said that the hospital is capable of providing integrated facilities, capable of diagnosing the disease and also curing it.

The latest addition to the veterinary hospitals in the state consists of animal operation facility, state level bird flu testing laboratory, epidemiology, disease investigation laboratories, pathological museum and conference hall. With a livestock population of about 50.50 lakhs, the state owns some 2135 veterinary institutions that include 7 polyclinics, 346 veterinary hospitals and 1765 dispensaries. Emphasizing on the problem created by animals left astray after being rendered useless by their owners, he announced that the government was doing its best to house such animals and provide them with all kind of aids and facilities.