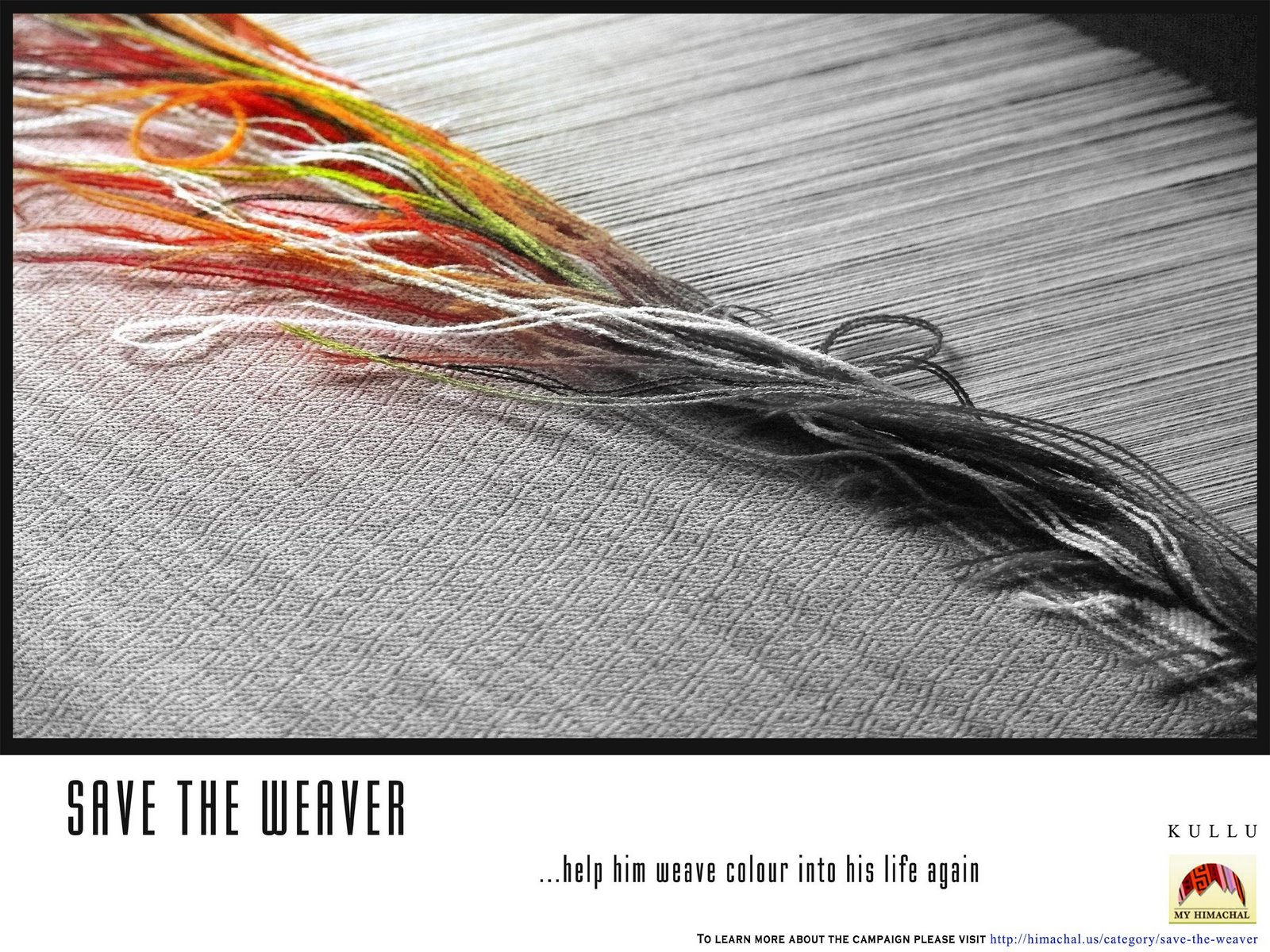 The scenic landscapes of Kullu beckon avid travellers to visit the hinterlands of this small town. Shopping does take a top priority on the itinerary of these tourists who come from all across the globe. It is observed that most foreign tourists acquaint themselves to the location by investing a great deal of time in reading about it through travel guides like the Lonely Planet and Thomas Cook. The internet has also recently been one of the popular media through which tourist information is disseminated. Indian tourists on the other hand, normally come via package tours and are spoon fed by their travel guides. Most tourists are directed by the travel agent. They seem to be least aware of the fact that the hub of the shawl weaving industry is Kullu and not the more popular tourist destinations of Shimla and Manali. The general perception is that one would get better variety of woollens and knitwear in these locations than a small town like Kullu. While this may be true with respect to sweaters and other knitwear, they are un-informed about the cultural linkages and the magnitude of weaving that happens in the valley, the reason being – ineffective marketing initiatives.

While most tourists are misguided into buying machine made shawls sourced from outside Kullu, some others are lured into buying them because of the bulky discounts (sometimes as high as 50-80%). The economies of scale on the power loom and the reduced cost of raw materials (due to the local presence of processing centres and spinning mills) make it possible for Ludhiana and the neighbouring areas to influx the Kullu markets with elaborately designed shawls, with finer fabric, offered in a wider palette of colours at throw away prices.

Tourists with an urban taste and the intention of taking away a couple of these shawls as souvenirs are definite customers for these shawls. But the problem that looms large is about tourists being unable to distinguish between a handmade shawl and a machine made one. There is a lot of evidence to prove that a large section of informed tourists definetly value a handcrafted shawl more than the cheaper machine made one , but they just lack the knowhow to distinguish between the two. As a result they end up being duped into buying machine made shawls at the price of a hand made shawl.

A litmus test for such tourists is to see the reverse side of the woven garment. If the design appears the same either ways, thatâ€™s an indication that the shawl is handcrafted. The government of India has also introduced the handloom mark which is a certification that the product is handcrafted and not machine made. The mark costs 60 paise per unit. While some major players that are organized as societies do incorporate this mark to establish their credibility, there is a major slack in the implementation of this mark as a large cross section of the weavers and consumers lack awareness on the importance of this mark. The bigger players also have acquired the international WoolMark certification that establishes the quality standard of the raw material used. However, the exorbitant fees required to acquire this certification has kept others from applying for it.

Thus, although the raw material is sourced from the same location, the presence of the WoolMark on the shawls of some of the influential players attracts a major population of the quality conscious consumers to these branded shawls. In order to combat competition from shawls that are sourced from outside and labelled as â€˜Kullu Shawlsâ€™, the district has acquired a Geographical Indicator (GI) for the Kullu Shawls. The GI mark signifies that the product has been handcrafted in the Kullu district. By definition it seeks to protect the Kullu weavers from the external power looms and strives to help build a stronger indentity for the Kullu Shawls. A violation of this mark would include a monetary penalty of Rs. 50,000 to Rs. 3,00,000 and/or imprisonment for 3 years.

For the common consumer the difference between the handmade shawl and the machine made shawl is apparently subtle. However, a closer look at the two would bring out the merits and differences between the two. The finish rendered to the handmade shawl is comparatively coarser as it helps retain more warmth. The designs on the handcrafted one are typically â€˜Kulluâ€™, like the ones found on the Kullu caps here. The dyes used are organic, eco-friendly and are non toxic on the skin. The acrylic dyes used in the machine made shawls, which make it possible to weave myriad hues into the fabric, are identified as carcinogenic. Moreover, the original properties of the fibre are maintained in the handloom as it is subjected to lesser tension and stress as against the power loom where the yarn becomes brittle leading to breakages in the fibre. This consequently reduces the life of the machine made shawl. The design of the handcrafted shawl is born purely out of the skill of the weaver and is impossible to replicate on the machine.

Itâ€™s believed that beauty lies in the eyes of the beholder. So for those who can perceive value in the exclusivity of a handmade shawl and appreciate the efforts that go behind itâ€™s making, a conscious decision to make a deliberate choice between the handmade and machine made shawl is only natural.