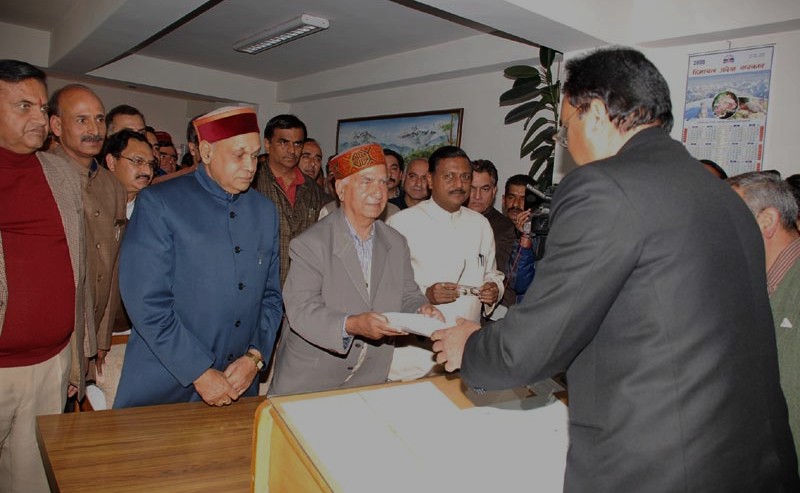 With the Congress having decided not to filed a candidate, Kumar will be elected unopposed.
Speaking to the media after filing his papers, he said that he would not only represent BJP but the entire state of Himachal in the Rajya sabha by rising above party lines.

Kumar is a veteran in state and national politics. He was first elected to the Vidhan Sabha in 1972 and became chief minister in 1977, a position he held again in 1990.