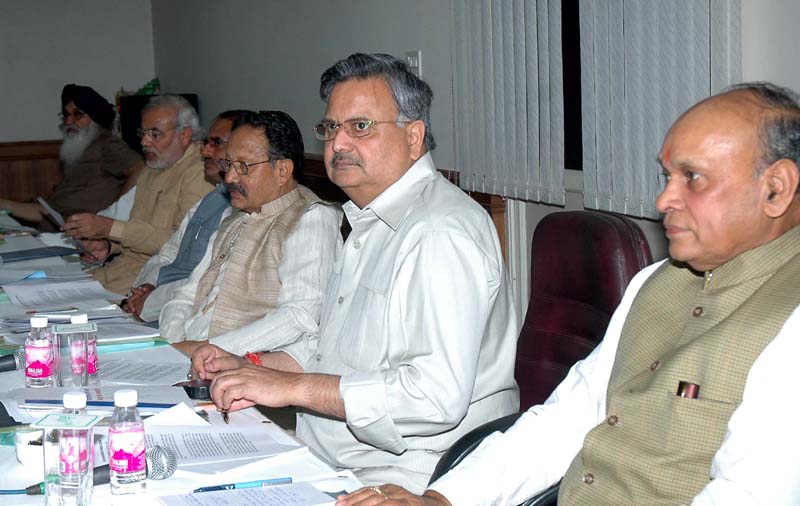 Chief Minister Prem Kumar Dhumal said that the central government was discriminating with Himachal when it comes to development projects. There is no special economic package to the state despite of outstanding debt of 22930crore, he added.

He was addressing the National Democratic Alliance meet in New Delhi. He said that the state deserved a special package considering it tough geographical and topographical conditions. He complained that the sanctions for the 8.8km underground Rohtang tunnel project which would cost 950 crores are still being waited for.

Even the Bhanupalli – Bilaspur -Beri railway line which has been declared as a project of national importance rupees has only got 30 lakhs from the 2008-09 budget.

Pleading for a permission to impose the generation tax on all hydel projects commissioned in the state, he said that the current UPA government has curtailed the period of sanctioned industrial package to March 2010 as well. Dhumal demanded an annual central assistance of 100 crores as compensation on account of environment conservations.