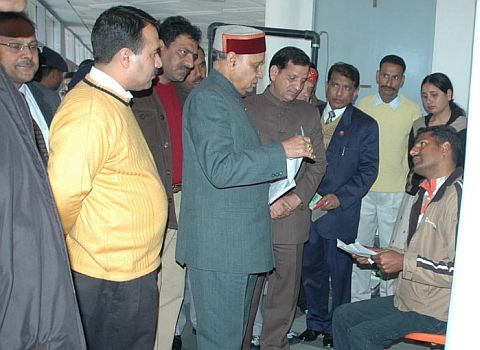 Shimla: Himachal Government is to take measures to educate the mentally challenged children in the state and work for their betterment, said Prof. Prem Kumar Dhumal in Dharamshala. He said that the state looks forward in extending all possible help to any non-government organization (NGO) shouldering the responsibility of education of the mentally challenged children.

He also said that such children are joint responsibility of the society and every able bodied person needed to lend their cooperation in helping such children grow like any other normal children. The department of Social Justice and Empowerment was coordinating activities to pay special attention towards the development of the mentally challenged children.

Prof. Dhumal said that the state government was providing financial assistance to the NGOs engaged in educating the mentally challenged children besides alloting them land on lease basis. While recently National Winter Games were organized for the Special Children in the State wherein large number of such children participated from all over the country. He said that similarly a team of Special Children visited China to participate in the Special Olympics, which not only exposed them to the outside world but inculcated a spirit of confidence to move ahead in their lives.