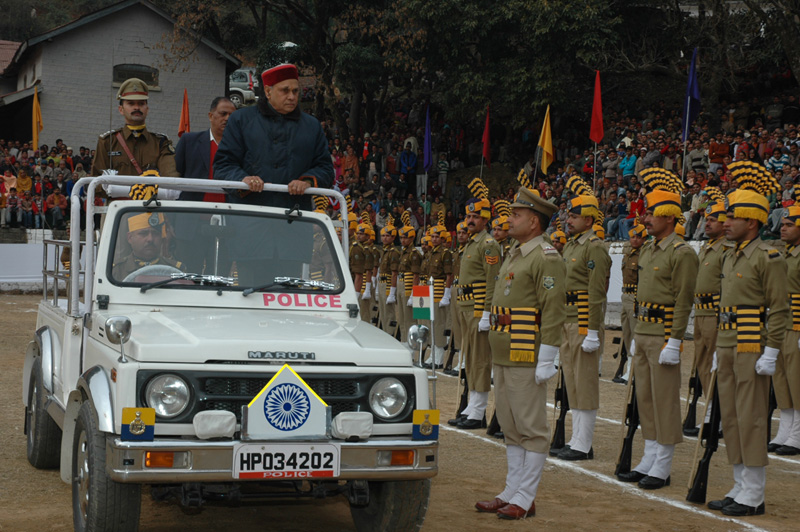 Sarkaghat: Himachal chief minister, Prem Kumar Dhumal today announced opening of a Medical college in the Mandi district , the third one in the state in government sector and directed the district administration there to identify the land for the proposed institute. It would be opened in real sense and not only in papers, he told a massive audience at Sarkaghat town of Mandi district, while addressing the statehood day function there. 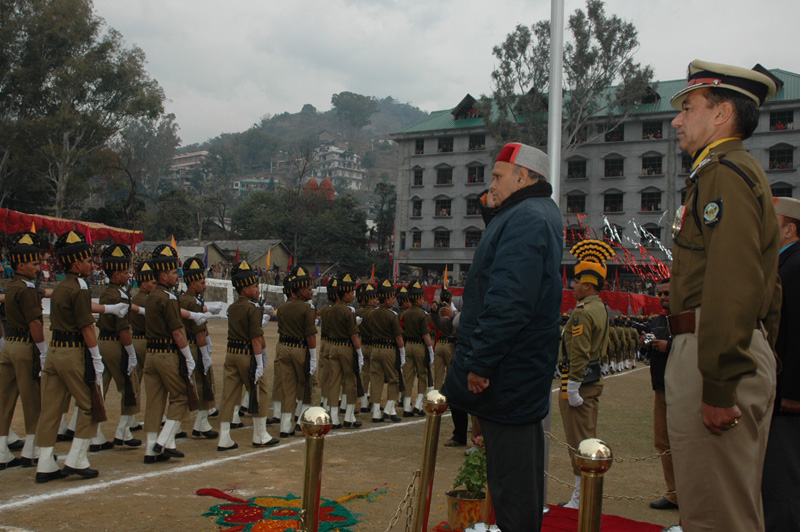 He announced revival of Mukhya Mantri Gram Path Yojna to connect all the villages, unfeasible to get connected with motorable road, with mettaled path, to increase the connectivity of the road and link all gram panchayats with motorable roads, sanctioned Rs. 6.30 crore for completion of Sarkaghat Sewerage Scheme and upgraded Government Girls High School, Sarkaghat, Sarkaghat to Girls Senior Secondary School, besides few other education institution in the area.

Chief Minister said that State Government had banned participation of school children in political functions on working days and would not queue up to welcome the dignitaries visiting their area while efforts would be made to create good educational environment in all educational institution to bring about qualitative improvement in the education system. He appealed teachers and people to cooperate with the State Government in implementation of the same.

Amid clapping by the people, the Chief Minister said that efforts would be made to check the wild animal, monkey menace and stray animal problem by adopting a practical policy for implementation with the help of experts. He said that more Gou-Sadans would be constructed to house stray animals carry enumeration of the domestic animals to ascertain their identity in the wake of leaving them astray.

Chief Minister said that the State Government would review all the appointments made in contraventions of the recruitment norms and provide the same to all the deserving and eligible unemployed educated youth.

He said that his Government was committed to carry uniform and balanced development of the State and pay added attention towards areas and sections which had been deprived of their welfare and developmental benefits. He assured the people that the Government would not act with political vendetta and decide every case on merit.