Shimla: Not even a year old but the heritage gathered and neatly displayed is a tribute to the martial valour of the Indian armed forces down the ages. The Army Heritage Museum, amidst scenic surroundings of the Annadale ground, is an effort by the armed forces to assemble all martial artifacts, lest the future generations never know about how the foundations of the nation have been laid.

â€œThe museum is to honour the Indian soldier through the ages and is a repository of the five millennia long martial history of our great civilizationâ€ is how Major General CM Sharma, MGGS (Training), ARTRAC proudly defined the motive behind the effort to bring forth the indigenous version of the military history. 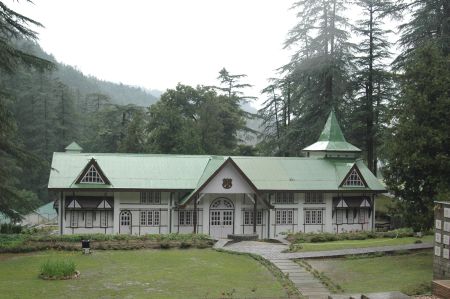 The main hall of museum displays the ethos of Indian army through the ages. War craft as elaborated by the Machiavellian Brahmin, Chanakya in his magnum opus â€˜Arthashastraâ€™ and the philosophy of war as described by Lord Krishna before the battle of Kuru, in the Mahabartha are on display here. An armed chess board on display tells the story of the Indian origins of the war game. Warrior heroâ€™s whose lives have been recorded here include Shivaji Maharaj, Maharana Pratap, Tipu Sultan, Guru Gobind Singh, Rani Laxmibai, Field Marshal Cariappa and Field Marshal Manekshaw. 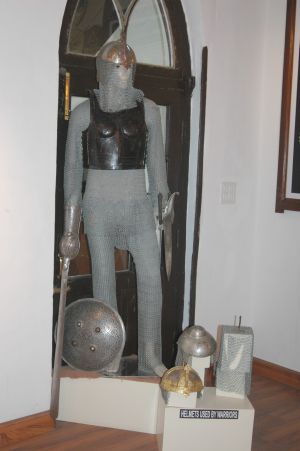 A section on uniforms has mannequins donning present day uniforms but there are also on display etchings depicting pre-independence uniforms. The fraternal ties which the Indian Army enjoys with the Royal Nepal Army have been represented in the medals gifted by the Royal Army on display.

A photo gallery which also houses flags and military bands has a pictograph biography of Field Marshal Manekshaw put up. Pinned on a separate column is the photocopy of the execution order of Mangal Pandeyâ€™s execution order dated 7th April, 1857. Along side is the picture of Lt Gen Niazi of Pakistan Army signing the surrender of his forces in East Bengal to Lt Gen Aurora, Commander of the Eastern Army in the December 1971.

A section on armaments places on record the evolution of weaponry, right from the boq and arrow, swords, muzzle loaders, tank busters to Kalashnikov 47s. Interestingly, as if saluting the greens around, is a section devoted to environment. â€œSince the army is spread all over the country and in some of remotest regions, it is best aware of the status of the ecology across the country,â€ says Colonel Ali, an alumni of Kings College, London.

A separate room to mark the importance of Shimla and its unique position in the history of the sub-continent houses pictures about various landmarks the heritage town has. â€œIt was from Shimla that the command of the Indian forces participation in World War II was directed,â€ says General Sharma. The decision on partition of India and Pakistan and the â€˜Simla Agreementâ€™ are part of the legacy the town holds. 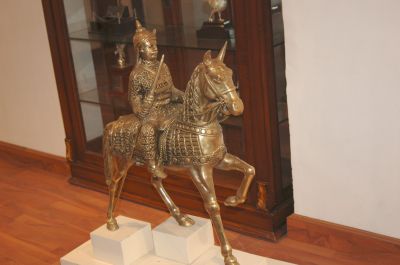 Shortage of space creeping in is forcing the ARTRAC command to think about expanding the museum. An archive section is in its infancy and a library is beginning to take shape.

Not just to preserve the rich heritage the armed forces hold but the museum also commemorates the land inhabited by a warrior people, the Dograâ€™s and hopes to motivate the young mind to be proud of his martial blood.