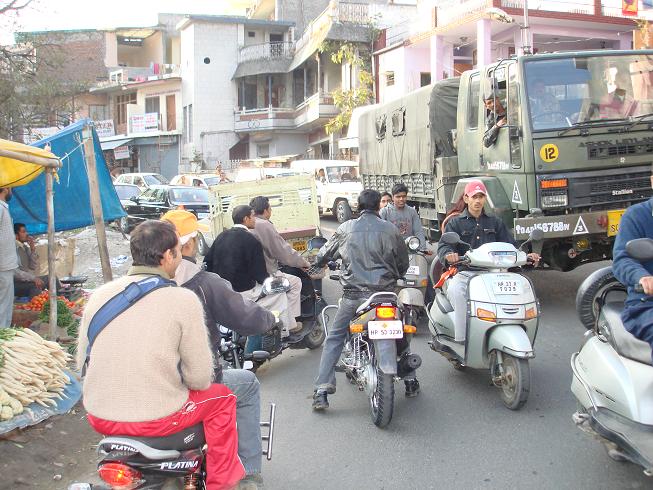 Palampur: Tourism which plays a significant role in the economy of the state, is facing rough weather, thanks to the apathy of the state government which had not bothered to develop the tourist attraction places of state in a planned manners.

Haphazard construction of hotels at Manali, Dhalousie, Shimla, Dharmshala , Macleodgunj and other places in the state has given rise to various problems, like disposal of garbage, contamination of drinking water, parking of vehicles, pollution and large scale soil-erosion. Despite the fact there is vast tourism potentials in Himachal Pradesh, it is most unfortunate that little has been done in this field in the absence of political will.

The frequent traffic jams has become a regular feature at Manali, Dhalousie, Palampur, Shimla, Dharmshala and Macleodgunj. Although the state government has time and again announced to come out with a new “Master Plan” for the development of tourism in the state, but all remained confined to the official files and most of the tourists place in the state have turned into slum.

Government has been making tall promises to provide better amenities to tourists visiting the state time and again, but in reality nothing has been done. What welcome the tourists in Himachal Pradesh “corrupt traffic police officials”, costly hotels, poor parking facilities and heavy taxes. Besides, bumpy roads with narrow width, poor transport and air service, expensive food and fleecing of tourists by the taxi operators also hurt them. The hotel tariff in Himachal Pradesh is quite heavy as compared to other states.

The rise in the cases of rape, theft and murder has adversely affected the pilgrimage tourism particularly in northern parts of the state. In Chintpurni and Kangra alone one dozen cases of murder and rape were reported in past one year. Police had recovered half dozen dead bodies which remained unidentified till date. The victims were the tourists from outside the state.

Himachal Pradesh has enormous tourism potential. It matches Switzerland in its scenic beauty and climate. The snowcapped peaks of majestic Himalayas ranges are visual treat. The lush green tea gardens, dense forests having pines and deodar trees, river and hills are things of beauty which give joy for ever.

State has long way to go to catch up with the front ranking states like Kerala, Goa, Haryana, Uttrakhand in this field. Promotion of the tourism in Himachal Pradesh is essential for its faster development, because of the fact that tourism industry can fill the coffers of the state since it is an important revenue earner and also a good source of foreign exchange.

In past ten years much stress was laid on the development of few places like Shimla, Manali, Dhalousie etc. as major tourists centers. HPTDC a state government undertaking has virtually failed to deliver goods in the absence of proper planning policies. Increasing political interference in its affairs has made the matter worse.