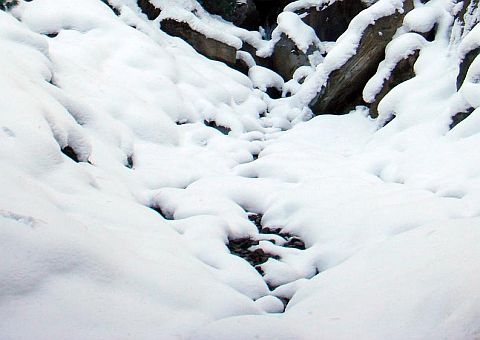 Shimla: Today, the mercury has fallen down in Himachal Pradesh. The mid and lower hills of the state are experiencing fresh sporadic snowfall, whereas the lower regions are facing light showers since morning as per the met office.

Keylong and Rohtang Pass, situated at 13,050 feet, recorded about 15 cm of fresh snow by 5:30PM. Kalpa of Kinnuar district received about 7cm of fresh snow. The remote areas of Pangi and Bharmaur were also experiencing intermittent snowfall since last night.

The light showers in the famous tourist resorts of Manali, Narkanda, Kufri, Shimla and Dalhousie forced the tourists and the localites to remain indoors.

The met office said that higher altitude areas of the state had received about 30 to 35 cm of fresh snowfall since last night, plummeting the temperatures in the entire region. The minimum temperature in Shimla fell marginally to 6ÂºC from yesterdays 6.5ÂºC. However, the met office said that it rose to 7.6 and 4.8 ÂºC in Sunderngar and Bhuntar as compared to 5.1 and 2.7 ÂºC respectively recorded yesterday.

However, heavy snow is predicted during next 48 hours by the met office in the higher regions of the state whereas a shower in the isolated places in Kullu, Chamba, Shimla, Lahaul Spiti and Kinnuar districts.