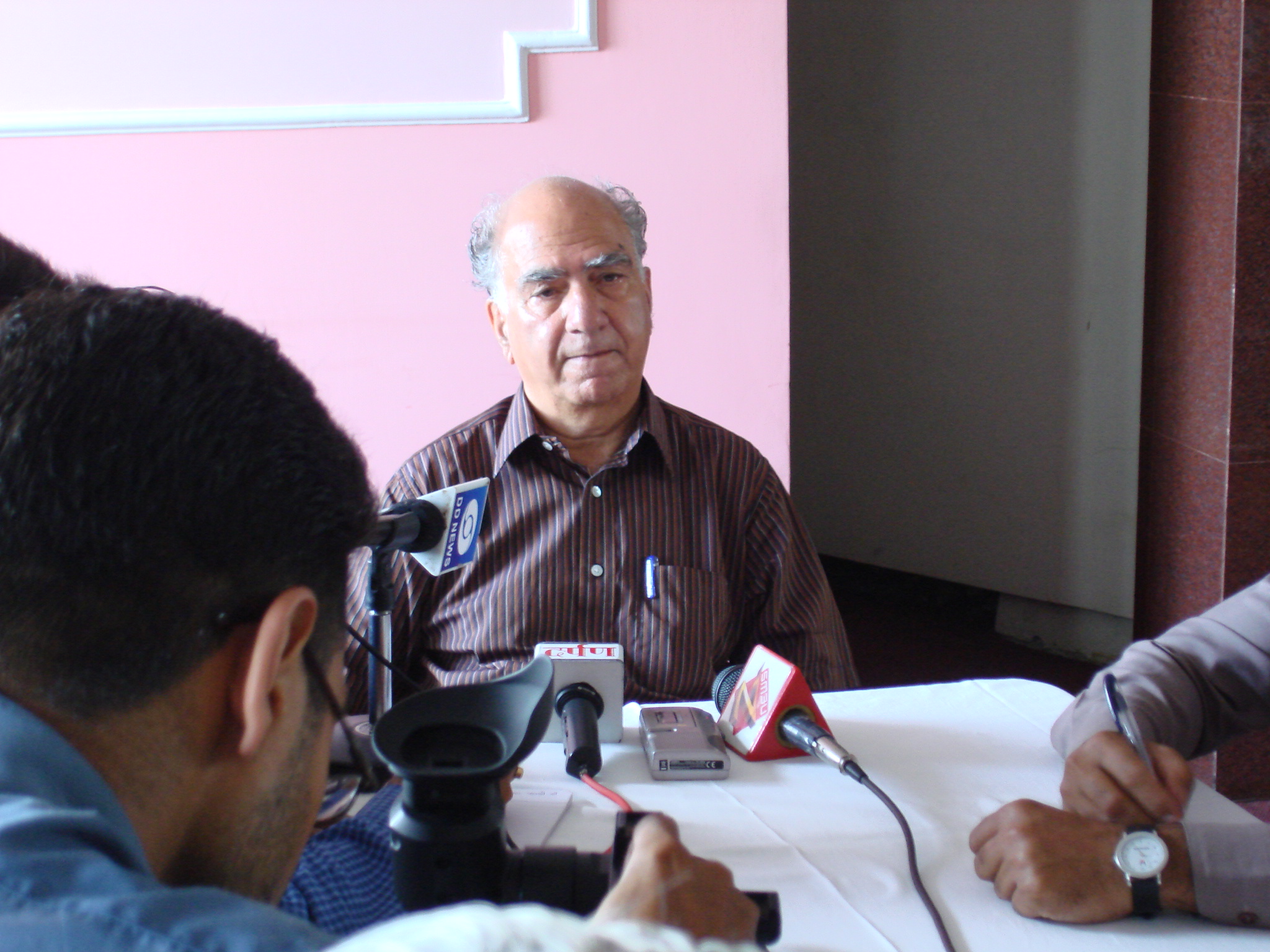 PALAMPUR: Mr. Shanta Kumar former Chief Minister and senior BJP leader today said if BJP was voted to power it would provide fifty percent reservation to women in panchyats and other local self bodies in the state. He said BJP was serious on this issue and after assuming power in the state it would bring legislation to this effect. He said it was BJP who had given thirty three percent reservations to women in Himachal during its rule in 1990. Since then no efforts were made by the congress governments who ruled to state to enhance the reservation of women in panchyats and other local self bodies.

Shanta Kumar was addressing media persons after completing four day tour of state at his residence here this evening. Shanta Kumar said during his four day visit to different parts of the state he had observed that congress was on the last leg in the ensuing assembly elections as there was grate resentment against the congress in all section of societies including farmers, employees and business communities in the state. He said people of the state had fed up with the wrong policies of congress government in past five years as it had hit common man in the state, the rising prices had emerged as major issue in the election as it had affected the common man.

Referring to repeated statements of Chief Minister Vir Bhadara Singh that he would release the contents of hard disc of mast computers installed in the office of Prem Kumar Dhumal when he was Chief Minister, he said Chief Minister was misleading the people of the state on this issue. Shanta Kumar said in past six months Vir Bhadara Singh has threatened BJP many times on this issue but had done nothing. He said he himself had caught red handed in the audio CD released by Major Vijay Singh Mankotia He remarked that it had happened for the first time in the history of India that any Chief Minister was caught in corruption scam through audio CD.

Mr. Shanta Kumar said that BJP was giving a united fight to congress in all the constituencies of the state, there was no differences among the BJP leaders in the state. He said the inflow of large crowd in BJP meetings had proved that people in the state wanted change in the government. He stated that there was strong under current in favor of BJP. He predicted that BJP would sweep the elections in the state. In Kangra- Chamba region the assembly result would be astonishing as many congress leaders including cabinet minister would not be able to retain their assembly seats this time. In Kangra district BJP would easily win over twelve seats and pave way for the formation of BJP government at Shimla.