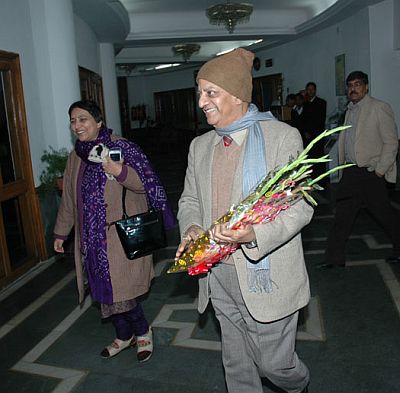 The two members of the election commission have arrived and would be taking stock of the situation, especially after many regions have become snowbound and getting poll parties to reach to distant polling stations has become a logistic problem.

Higher reaches of Kullu, Mandi, Shimla, Sirmaur, Chamba and Kangra have been experiencing light to moderate snow for the past three days and electioneering has been affected.

Big ticket rallies of congress president Sonia Gandhi and BJP president Rajnath Singh have had to be abandoned due to bad weather conditions.

The election commission would be meeting representatives of the six recognized national political parties in the fray in Himachal and holding separate meetings will district magistrates, police officials as well as the election observers, Manisha Nanda, chief electoral officer for Himachal disclosed.