Congress to blame for countryâ€™s problems – Rajnath at Solan

Shimla: The BJP leadership today unleashed a tirade against the UPA government on the controversial Indo-US Nuclear deal saying the countryâ€™s security was being compromised.

Pitching in their top five leaders, the BJP rallies in different parts of the state were well attended and the speakers took the central and state government to task over a number of issues 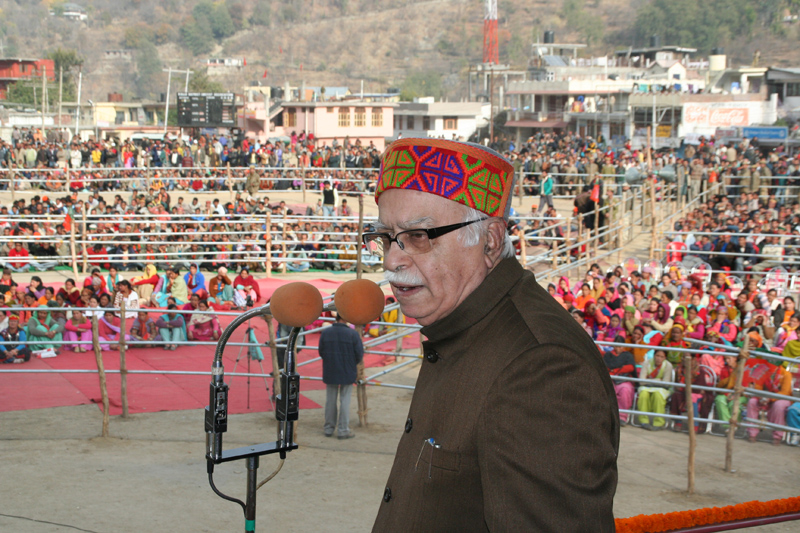 Speaking at a large election rally in Kullu, LK Advani, the senior BJP leader said that national security should be the top priority of any government and it was the Vajapyee led NDA government that had gone in for the Pokharan explosions. But the present government was assuring the US government that another nuclear explosion would not be conducted, he said.

Advani said that the prime minister was not in control of the government and it was being run thorough remote controlled by the congress president.

The common man was reeling under the burden of a price rise and the ruling party was only interested in playing divisive politics. Despite a death sentence being awarded to Afzal Guru for attacking parliament the government was skirting the issue, he said.

Talking about giving refuge Taslima Nasrim he said ‘If 3 crore Bangladeshis can live in India illegally why is Congress and Left making a hue and cry over Taslima.â€

On the nuclear issue, the BJP president accused the government of selling the countryâ€™s interests before America.

Murli Manhor Joshi speaking at Nahan said that it was the mismanagement of the UPA government that had caused a price rise of essential commodities.

Venkaih Naidu speaking at Hamirpur said the Nandigram episode had exposed the CPI(M) government of West Bengal. â€œThe governmentâ€™s writ does not run in West Bengal but the partyâ€™s musclemen rule,â€ he said.