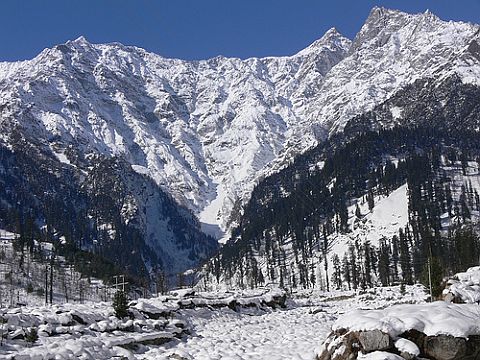 Seasonâ€™s first snowfall brought a smile on farmers and hoteliers faces. The higher regions of Kullu valley including Rohtang Pass, and Manali received heavy snowfall on Friday leading to closure of the roads to Lahual and Spiti.

Reports say, Lahaul & Spiti, Kinnuar and Bharmaur and the resort town of Narkanda also received fresh but light spell of snowfall which was enough to spread a white veil over the area.

Solang Nullah and Dhundi, both in Kullu district, recorded 10 cm and 14 cm snowfall respectively during the last 24 hrs, while Rohtang Pass recorded about 15 cm of snow in the last 36 hrs.

However, the capital town Shimla is still waiting to receive snowflakes on itâ€™s soil. While other higher regions of the state were receiving snowfall the town had intermittent rain. The minimum temperature on Friday was 2.6 degree Celsius and the maximum was 13.7 degree Celsius in the state capital.