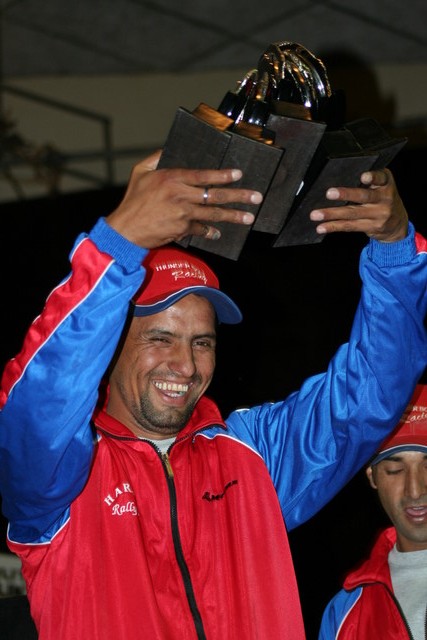 Eight years ago a young Kullu lad was driving his usual self , literally flying his Maruti gypsy on the NH 21 highway. He was spotted on one such hair pin bend by a map preparation duty officer from the Raid de Himalaya team who stood thunderstruck at the lad’s driving abilities. At his suggestion the Boy took to the courageous world of motor sport rallying. This young man – “Suresh Rana” , later on became India’s undisputed Gypsy champion winning the Raid for four consecutive years. Born and bred in a culture as ancient as that of the Karjan village of the Kullu valley, Rana followed his dreams to become a rally champion like a religion.

The Raid de Himalaya is one of the most grueling rallies in the whole world. True test of man and machine is displayed here where the cars need parachutes rather than a solid cage roll.

Running through the highest moterable road in the world , the rally goes across the roof of the world from Shimla to Kullu and onwards to Spiti before entering the lunar landscape of Ladakh and Kashmir.

Rana started in 2001, with one screw driver in his tool box but plenty of talent and courage.

Soon he was in a pivotal position in the raid, being declared as the surprise package on the very first day. Racing head to head with national champions like ” Vikram Mathias” , Rana still managed to sneak victory. Rana’s continuous winning trail of four consecutive victories remind us of Jayant Shah and Keria of the famed Himalayan Car rally days. Not only in his hill state of Himachal , Rana proved his caliber by winning national rallies at Banglore , Goa and the rest of the country.

Maruti Suzuki has declared him as the most decorated ” Rally Driver ” of the country. His dream is to represent India in World’s toughest motor sport event – The Dakar rally. However for a cricket frenzy nation where car rallying falls last in the priority list, Rana has to muster all his resources and depend on his fans and supporters for the sponsorship.

I urge everyone to gather support for Suresh in every possible manner as he believes he can prove his talent at an international level easily. And we believe in his claim. Three Cheers to Suresh ! Hip Hip Hurray!