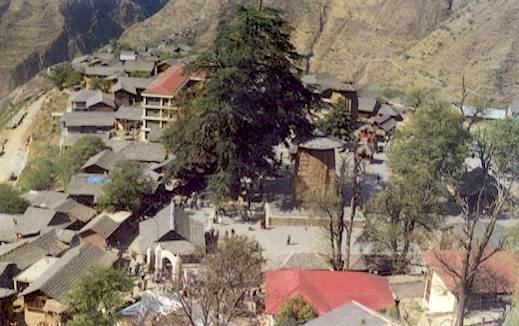 With the election process for the three tribal seats of the state started on October 2oth, the political activities have heated up in the Bharmaur assembly segment of the Chamba district. This segment remains snow bound for more than six months and is divided into three parts namely Bharmaur, Holi and Pangi. There are nine non tribal panchayats and those too are extremely backward and needs tribal status.

The polling for this seat will take place on November 14 and the result will be declared on December 28 th along with other seats of the state.

This constituency is the largest among the other constituencies of the Chamba District, with an area of 3,841 square kilometers with the elector strength of 55,106 including 28,552 men and 26,554 women.

The total population of the assembly constituency as per 1991 census is 62,005.

Two former rivals, Thakur Singh Bharmauria of Congress and Tulsi Ram of BJP are the main contestants for this seat. They have fought amongst themselves for six times out of which Bharmauia emerged winners for four and Tulsi Ram for two times. Both candidates have already swung into action and have been keeping touch with their key voters and party office bearers and workers to garner the support of the masses.

Keeping in mind, the tough terrain of the area, snowy peaks and its link with the worst terrorist affected areas of Doda district of Jammu and Kashmir, the district administration had already started taking measures to stop the entry of anti national and anti social elements into the area from J&K side.

Patrolling has been stepped up by the security forces on the borders of Chamba district in Himachal Pradesh adjoining the terrorist-affected pockets of Doda district of Jammu and Kashmir in view of the first phase of Assembly elections in the Bharmaur tribal Assembly constituency, which goes to the polls on November 14.

An official spokesman told that the personals of Indian Reserve battalion, Himachal Armed Police and Indo Tibetan border police would be on duty in the area to keep utmost vigilance there.

Senior BJP leader and former chief minister, Prem Kumar Dhumal told that he would tour the area shortly to canvass for the party candidate. He said that Tulsi Ram had already visited the area not less than four times and his success was certain.

On other hand, Thakur Singh Bharmauria, MLA and Congress nominee said that his success was sure as he did a lot for the area during his present tenure. He claimed that massive development had taken place in the constituency and people of the area were well off now.