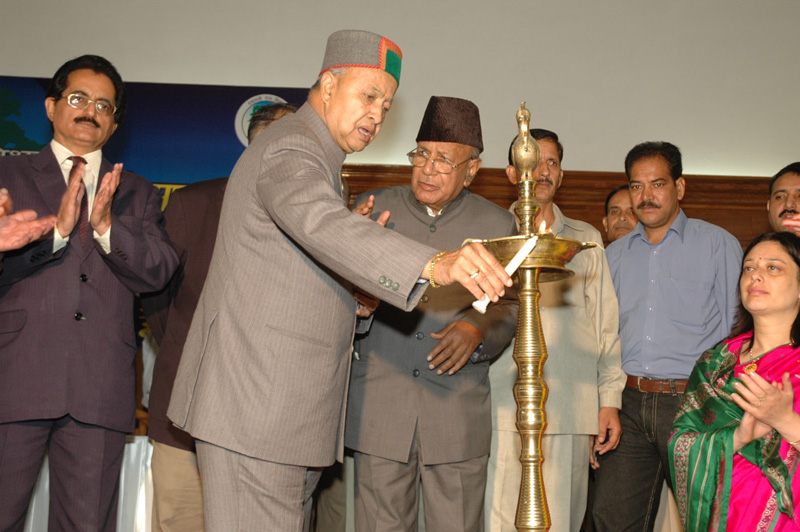 Faced with enforcing governance in panchayats headed by women, the government has decided to hold Special Mahil Gram Sabha to deliberate on the problems faced by women representative and their developmental requirements, so as to develop confidence for their independent and effective functioning.

At a state level convention of Panchayti Raj representatives, chief minister Virbhadra Singh, here today, announced that the state government would give awards to the cleanest panchayats, and also those ones which record high female birth rates as well adopt rain water harvesting modes. He also said that that on 23rd September a Special Mahila Gram Sabha would be held to discuss problems of women representatives exclusively. Against the 33 % reservation quota for women enacted in the Panchayti Raj Act, there were 39 percent women among the 24,532 elected representatives in the state, said Virbhadra.

Expressing concern at the receding underground water levels, he said that Watershed Development Programs had been started in all water scarce areas and awards have been instituted to encourage Panchayats to adopt good water harvesting techniques.

Computerization of Panchayats was taking place in a phased manner and the process had started in 185 Panchayats, he said. Panchayats had been made entitled to collect land revenue, one rupee tax on every liquor bottle sold, impose house tax, and collect tax on export of mining to generate additional incomes.

Under the National Rural Employment Guarantee Scheme, Rs 82 crores had been earmarked for Kangra, Mandi, Sirmaur and Chamba districts in the current financial year. He said that 1,05,094 job card holders had been provided employment generating 10.94 lakh man days of assured work. The state government had urged the union government to extend the scheme to all the districts so that every eligible person was brought under the fold of the scheme, said Virbhadra.