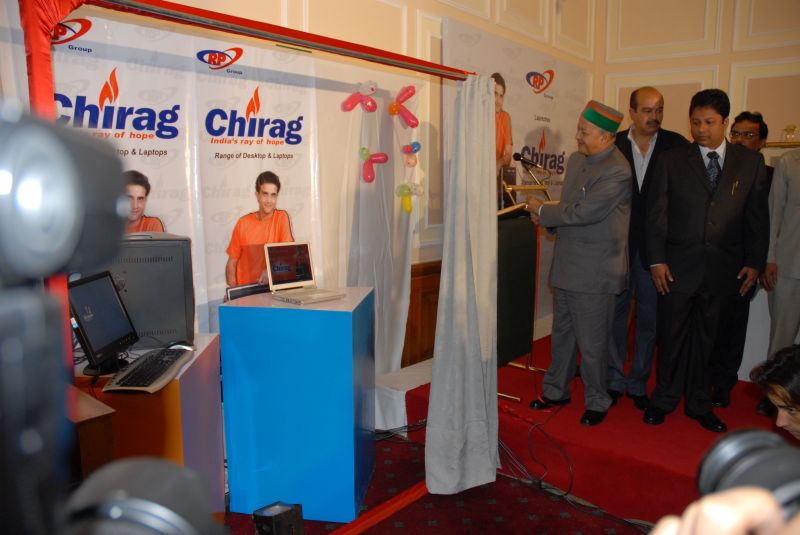 Shimla:With the launch of Chirag computers, by the Kolkatta based RP Group, here today, the market is north India is bound to get competitive as other Baddi units of players like Leveno, Intex and others get commissioned.Speaking on the occasion Kaustuv Ray, chairman RP Group said that they were scouting for land to establish a full fledged assembly line that would involve an investment of about Rs 40 crore. For the time being a new computer manufacturing unit had been set up in Parwanoo. “Our manufacturing facility in Parwanoo, would surely establish us as the pioneers in the manufacturing of affordable, value for money computers” said Ray.The desktop models are priced between Rs 14,500 to 28,500, and the laptop, notebooks range between Rs 24,000 to Rs 63,000, company executives disclosed.

Speaking about other projects Ray said that RP Infosystems was coming up with and IT hardware SEZ in West Bengal that would involve an investment of Rs 1000 crore. The company’s first unit came up in Ghusuri in West Bengal and it recorded a growth of 150 percent which propelled the company to capture 16% of the market share in the eastern state. Early in the year, the company forayed into north India , he disclosed.

Earlier chief minister Virbhadra Singh, after launching the new computers, said that the indigenously manufactured product would prove a milestone for the IT sector. The state had a very congenial atmosphere for the Information Technology and Biotechnology industries, he said.