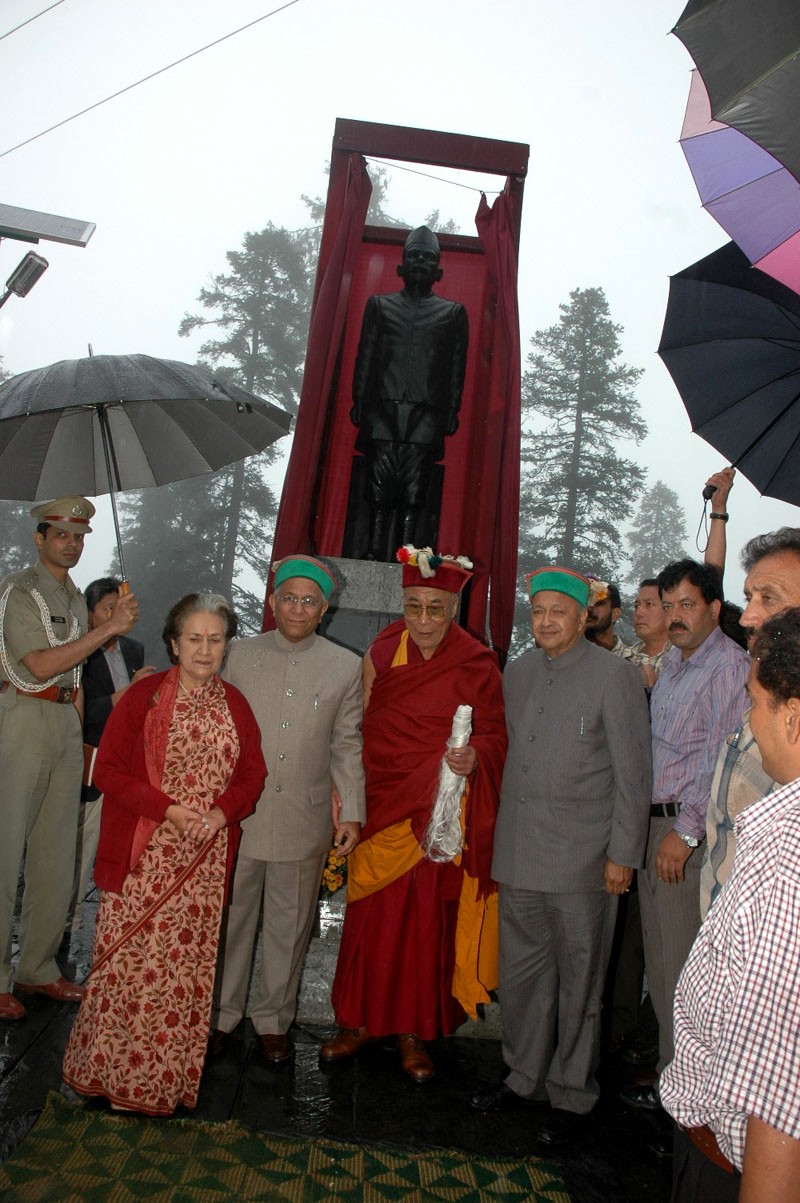 Novel Laureate Holiness The Dalai Lama said that great souls had been leading the nation and society with their visions and their own way for the betterment of society and development of nation. He was delivering his address on late Satyanand Stokes 125th birth anniversary celebration function at Narkanda in Shimla today.

He said that it had been under their visionary and dynamic leadership that the nation had been making rapid strides on all fronts with love, peace and kindness. He paid his rich tributes to late Shri Satyanand Stokes who had been instrumental in bringing about revolution in horticulture sector in Himachal Pradesh.

ater, His Holiness Dalai Lama was joined by V.S. Kokje, Governor and Virbhadra Singh, Chief Minister in unveiling the statue of late Satyanand Stokes at Narkanda.