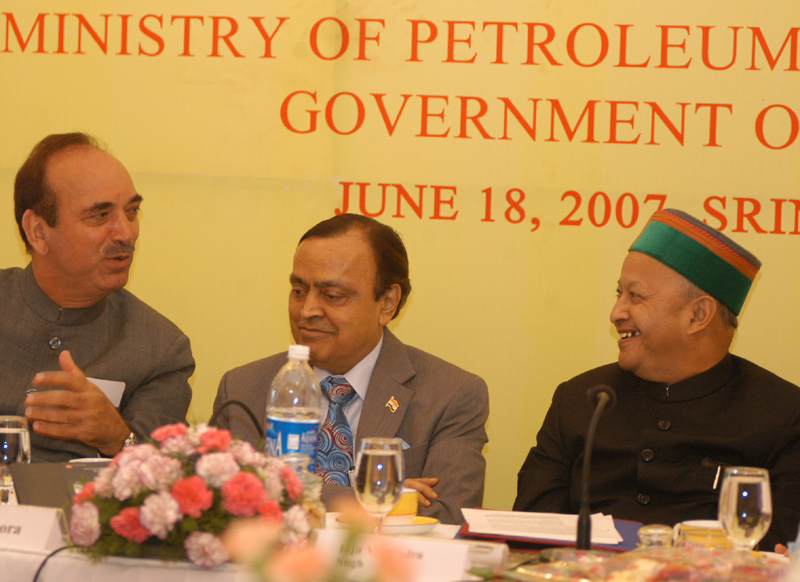 Virbhadra Singh, Chief Minister, today raised the issue of providing the state with adequate supply of bitumen and petroleum products keeping in view the difficult geo-physical conditions of the state and in the larger interest of the people. He was addressing the Chief Ministerâ€™s Conference at Srinagar today.

The state has a large network of over 30 thousand kilometers of roads.

The requirement of bitumen has increased from earlier 21,000 MTs to present 38,000MTs being supplied by the Indian Oil Corporation, Panipat which had been unable to supply the required quantity of the same.

CM said that the Union Ministry of Petroleum and Natural Gas has already been requested to provide separate quota for the state to meet its requirements.

Singh said that with a ban on green felling of the forests in the state since 80s and people introduced to the use of liquid petroleum gas, kerosene oil, motor spirit, high speed diesel etc. for their use which had reduced their dependence on the forests for fuel wood etc. He said that with the switching over to the LPG and kerosene the demand for the same had increased manifold and the adequate supply of the same was lacking in the rural areas which might shift the pressure over to the forests and would be depriving the state of the increased green cover.

He urged the Union Ministry of Petroleum and Natural Gas to implement the agreement of opening three bulk storage depots of kerosene at Baddi/Nalagarh in Solan district, Nurpur/Jasur in Kangra district and Kala Amb of district Sirmour by the Indian Oil Corporation on priority.

He also urged for opening up of a state laboratory for testing the petroleum products to check the adulteration.

Chief Minister said that there were 120 LPG agencies in the state catering to 11, 63,484 connections.

Virbhadra Singh said that more storage capacity was required to be created for the motor spirit and high speed diesel keeping in view the growing demand for the same. He said that there were 264 retail outlets in the state at the movement which too were falling short of requirement at the moment.