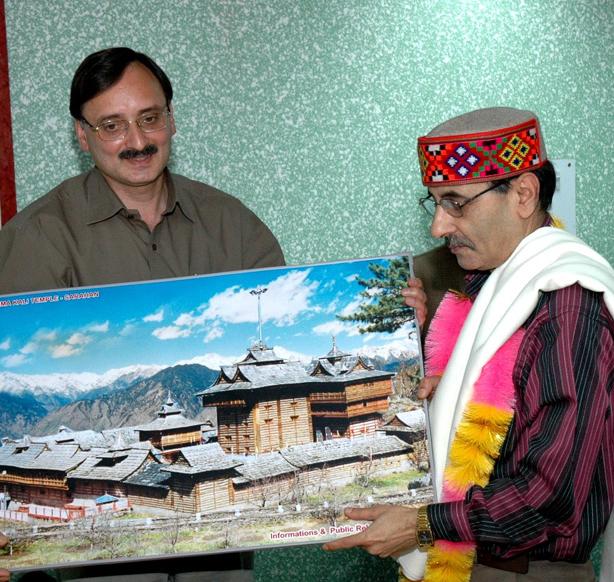 Keshav Narain, Additional Director, Information and Public Relations was given warm farewell by the officers and officials of the department on his retirement today.

Keshav Narain retired on 30th April, 2007 after rendering 34 years of government service. He is a famous writer and litterateur whose 14 books had been published and the State Government had honoured him with the first State level â€˜Guleri Sammanâ€™ for his valuable contribution in the field of literature. The award was instituted in 1986.

Dinesh Malhotra, Director, Information and Public Relations said that Keshav Narain had brought laurels to the department also by his achievements.