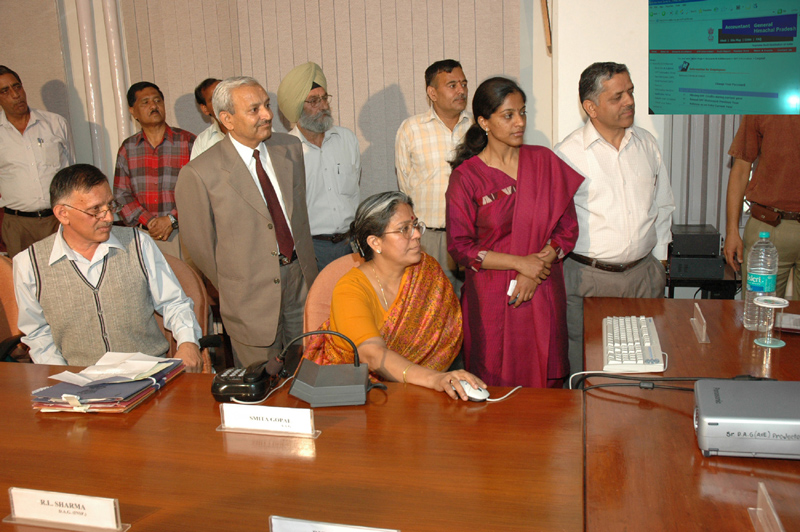 She said that these facilities have been introduced to offer prompt client oriented information and facilities for redressal of grievances of the Provident Fund Subscribers and the Pensioners. She said that with the introduction of IVRS, the employees of the Government of Himachal Pradesh will be able to access information regarding their GPF closing balance of the previous year, current balance missing credits, status of GPF final payment cases etc. 24 hours a day and 365 days in the year.

She further said that Comptroller and Auditor General of India has been constantly modernizing the methodologies and techniques in Indian Audit and Accounts Department. E-governance in maintenance of Government Accounts and related matters like Pension, General Provident Fund have been given top priority in the Department, she added.

G.N. Sharma, Deputy Accountant General said that the Interactive Voice Response System is simple and user friendly and can be accessed through telephone call made from any part of the globe. He said that on dialing
0177-2800925 a series of interactive instructions are automatically activated to guide the caller through various options and information available in the system. The information is available in Hindi and English as per users choice, he added.

He said that the official website, www.aghp.cag.gov.in
provides information on accounts at a glance, status of GPF, pension cases and also displays different Audit Reports prepared and presented by the Comptroller and Auditor General of India in respect of Government of Himachal Pradesh. This website also provides valuable information for the exclusive use of Drawing and Disbursing Officers (DDOâ€™s), facility for downloading forms for the use of Government employees, GPF subscribers and pensioners besides H.P. State accounts and general information, he added. He further said that the IVRS and Website have necessary in-built security features for maintaining confidentiality of the information of GPF subscribers and pensioners.