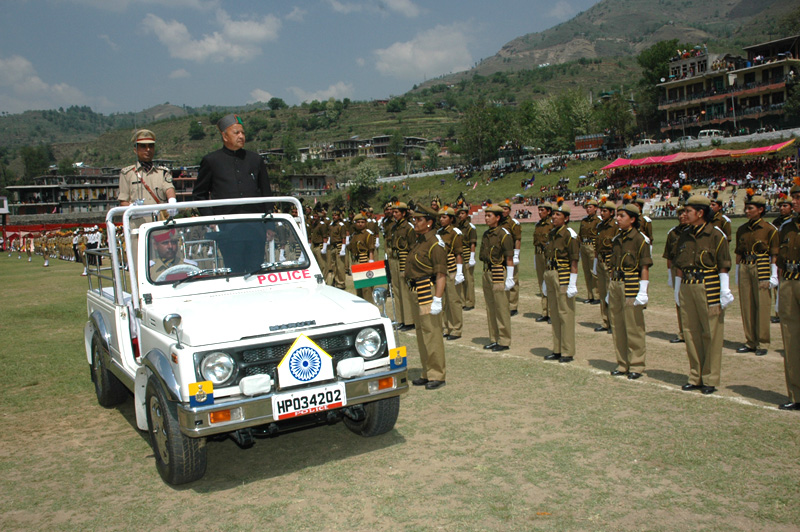 Rohru: 60th Himachal Day was celebrated throughout the State with great enthusiasm today. National flag was unfurled, contingents of the Himachal Pradesh Police, Himachal Pradesh Home Guards, N.C.C. etc. took part in the parade and the celebrations were witnessed by large number of people from all walks of life, who had thronged the venue in their traditional costumes. Variety cultural programmes were presented to mark the celebration.

State level function was celebrated at Rohru in Shimla District which was presided over by Virbhadra Singh, Chief Minister who unfurled the National flag, inspected the parade and took salute of the Contingents of Himachal Pradesh Police, IRB, Home Guards, N.C.C. etc. The parade was commanded by Sandeep Kumar, DSP .

Addressing the gathering, CM said that Rs. 2500 crore were being procured from World bank for making the roads of the State wide and spacious.