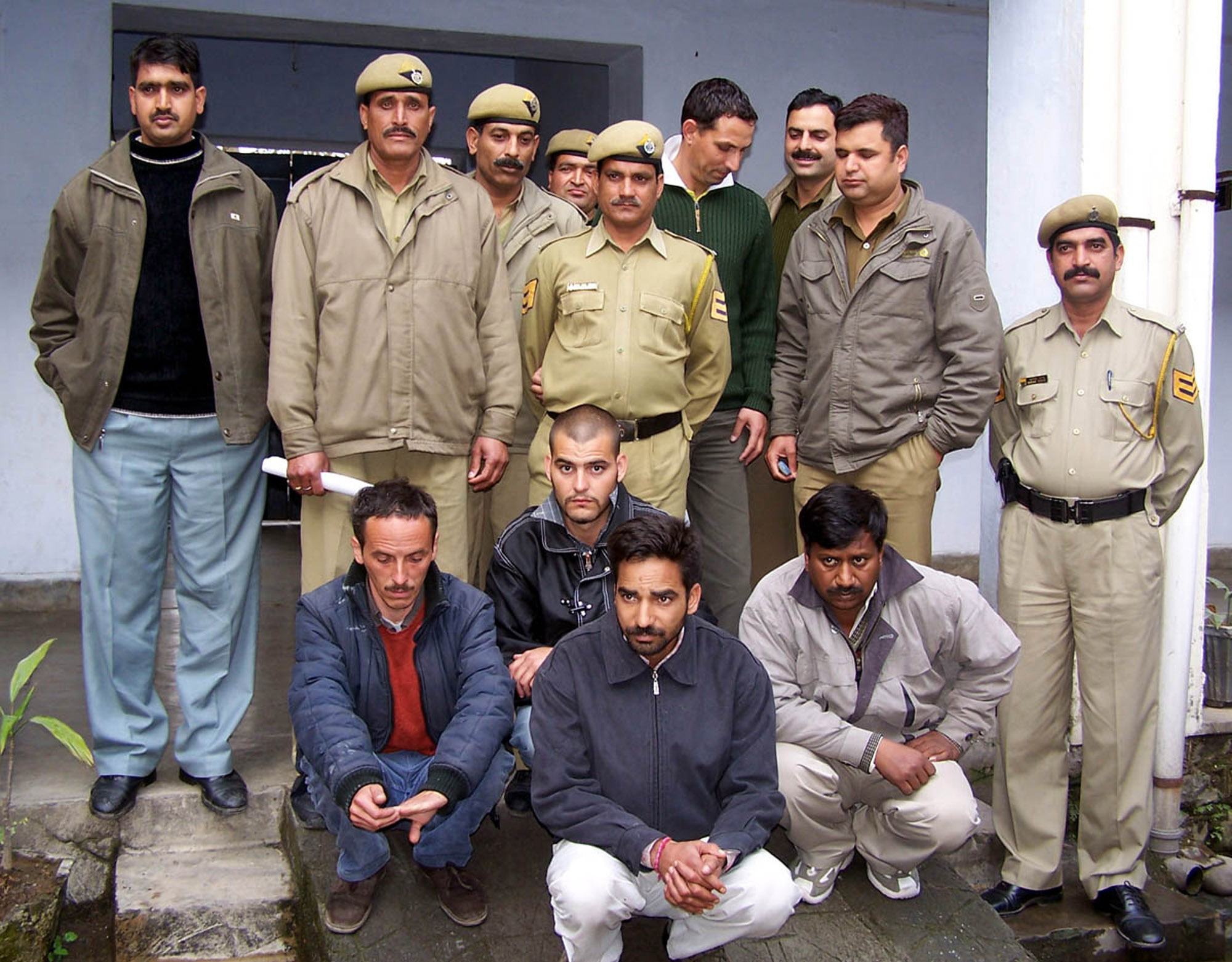 After a major late night operation, the Mandi district police today claimed to have busted an international gang of charas smugglers. As many as four drug peddlers, including two foreigners, were arrested and booked under the NDPS Act after the police recovered 18 kg well-packaged charas allegedly from their possession. Police raided at Katoula as per secret information. While Police was operating check at Kataoula (Mandi) they flaged to stop a car no. DL-3C-AB-2774, the driver of the car ran away. Anyhow police managed to caught the entire group in the car. The name of the driver was Deepu.
Others were UP Mafia Gopal , and the Italian Citizens Anglo Falcon and Simen Nobil.