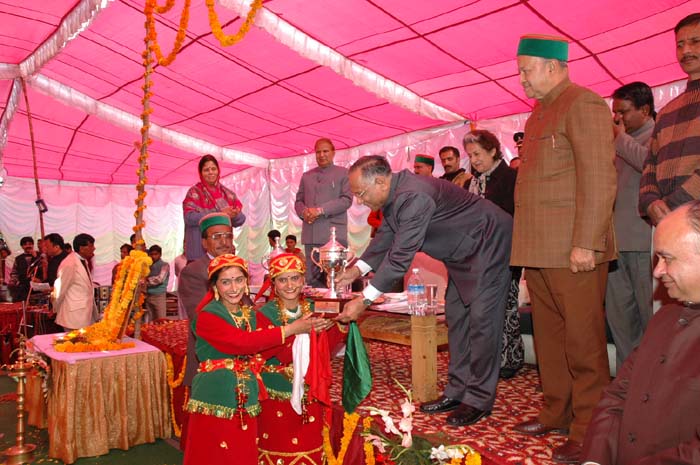 Shimla: Shri V.S.Kokje, Governor gave a clarion call to the teachers and parents to help their children grow as responsible citizens of the nation by inculcating in them a sense of self-respect, self-reliance and self confidence, which was the dream of the first Prime Minister of India, late Pandit Jawaharlal Nehru. He was addressing the children and teachers on the occasion of the birthday celebrations of Pandit Jawahar Lal Nehru, being observed as Childrenâ€™s Day all over the country, at the State Level Function here today.

Governor said that Pandit Jawaharlal Nehru was a visionary leader who laid the foundation of the modern India during his Prime Ministership and created basic infrastructure for better future of the country over half a century ago. He said that in the age of competition the students were required to be equipped with best of the capabilities and skills which could secure their future. He said that the children were the source of inspiration, full of energy and hope and future of the nation lied in their perfect grooming. He credited Pandit Nehru for making the country the fastest growing democracy in the world since he had laid the foundation of modern India during his regime.

Shri Virbhadra Singh, Chief Minister, said that the Himachal Pradesh had emerged as a separate political entity due to the blessings of Pandit Jawaharlal Nehru, who knew for himself the different developmental requirements of this small hill State. He said that the people of the State were indebted to the Nehru-Gandhi family for their support for the cause of the people of Himachal Pradesh by holding the interest of the State and its people high on their priority agenda. He said that late Smt. Indira Gandhi had merged the hilly areas of Punjab with Himachal Pradesh on November 1, 1966, thereby increasing the geographical and population of the State besides declaring the State 18th State of the Union of India on January 25,1971. 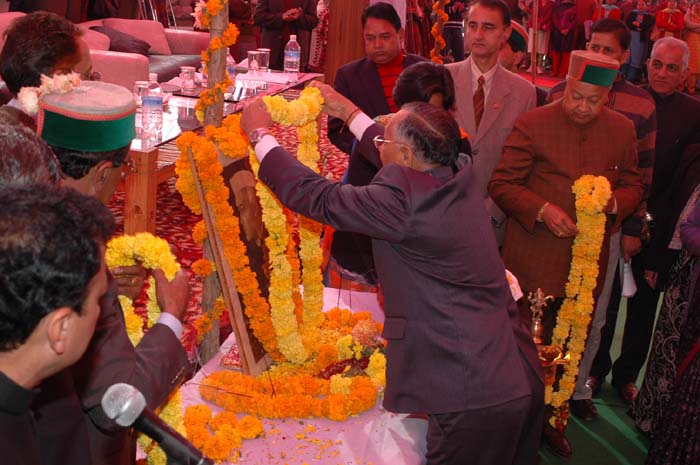 Chief Minister said that Pandit Nehru, popularly known as Chacha Nehru, had set up the national level laboratories at different places and prepared the nation to enter into the modern age so that the nation could also keep pace with the rest of the developed countries in the world. He said that Pandit Nehru was the founder member of the Non Aligned Movement and international leader and contributed significantly towards world peace with his active participation at all world forums. He was instrumental in bringing the nation from â€˜age of cart to the jet ageâ€™ and envisioned policies and programmes which helped the country progress leaps and bounds.

Shri Virbhadra Singh said that India was secular democratic State where every religion and faith was granted freedom under the Constitutional provisions and followers of all the faiths respect each others religion to uphold the sanctity of the Constitutional provisions. He said that the nation was religiously harmonious and a large number of faiths were prevalent. He warned the people to remain vigilant against divisive forces which were misleading the people in the name of religion by misinterpreting the teachings of the great preachers. He said that such people were not the well wishers of the nation and were making unsuccessful attempts to disrupt the peace and communal harmony of the nation.

Chief Minister said that the real tribute to the great leader Pandit Nehru would be by following his teachings and making the young generation full of qualities, moral values to make them good citizens equipped with moral values, respect to elders, teachers, deprived sections of the society and above all incorporate patriotic and nationalistic feelings in them so that they were groomed as the responsible citizens who could perform their duties more responsibly. He greeted the children on the â€˜Childrenâ€™s Dayâ€™ and wished them all success.

Cultural programme was also organized to mark the occasion.