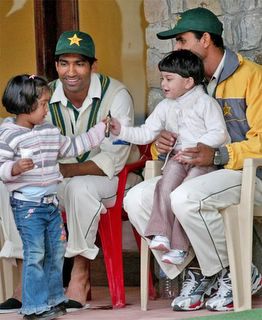 With the Cricket match between two of the most popular cricket playing nations in the world, Dharamshala has come into the limelight. Cricket in Britain is more like a picnic for families, where they can take their lunch baskets and enjoy a full day of relaxation amidst beautiful grounds.

Similarly, here in the US, Baseball is more of a picnic for families, where Hot Dogs are big and Beer is always free flowing. Any city hosting a big game has a lot of responsibility. A
civilized society grows much faster if it can utilize nature’s best resources available to it.

Dharamashala or in particular Himachal now has to carry the responsibly of a great cricket playing and cricket destination in the world. People have to realize that whatever they do will become a story the very next moment.

Himachal is of course known as a peace loving state where there is no report of communal clashes, however those of us who come from the state also know that increasing population and unemployment are the basic reasons for various troubles we have back there.

Please do not forget that HP is best known in Asia for best in the world Marijuana and so many Foreigners are putting themselves up in Dharamashala and Manali areas for just this reason. Greater population, more public attention and more tourism also bring more greed for more money. Our younger generation needs to be clearly guided and I do believe that most of them are well aware of their responsibilities towards their families and to the State.

Most of us know that we are always taken as backward or a lesser-known state. Cricket, which is of course the biggest game in the old British colonial outposts, brings a lot of exposure and a lot of media scrutiny. It’s time for us all to see the bigger picture. Cricket can bring us more revenue, more tourism, more opportunities and a lot of new jobs. Now is the time to take responsibility and look forward and show the rest of the world what Himachal is.

Whatever the HP govt. has tried in the past, be it the Para Gliding Pre World Cup or the major Dusshera festival celebrations back in Kullu, they have never managed to attract so much attention towards Himachal as just a practice match between India and Pakistan has. Cricket is huge and can bring a lot of opportunities to our region. A Ranji Trophy match was recently hosted with great success and the HPCA and Anurag Thakur deserve congratulations for their great efforts as do former cricketers and organizers, including former president of the HPCA, Rajendra Zar.

We have to put up a good show both as organizers and as hosts so that more events of this nature come our state’s way!