‘Dharma Chakra’ in the Indian flag, as in the Sarnath Lion, depicts the “wheel of the law” indicating – life in movement and death in stagnation.

Every free nation in the world has its flag. It is a symbol of a free country; its sovereignty and independence.

Indians hold the Tricolour in high esteem. It played an important role not only in the freedom struggle but even in the post-independence wars, including the Indo-China war and the Kargil war. The flag represents the inspirations and aspirations of the people of India. It upholds our national pride.

Out on a morning walk, Naresh talks of the Guinness world record of ‘the largest human image of a waiving national flag’ established by Chandigarh university. I am delighted; Priya, his daughter is among the organizing participants who add to the vim and vigor around the celebration.

Strengthening the ongoing ‘Har Ghar Tiranga’ campaign and taking it to the international level to mark the 75th Independence Day of India; is a landmark accomplishment of the NID Foundation and Chandigarh University. 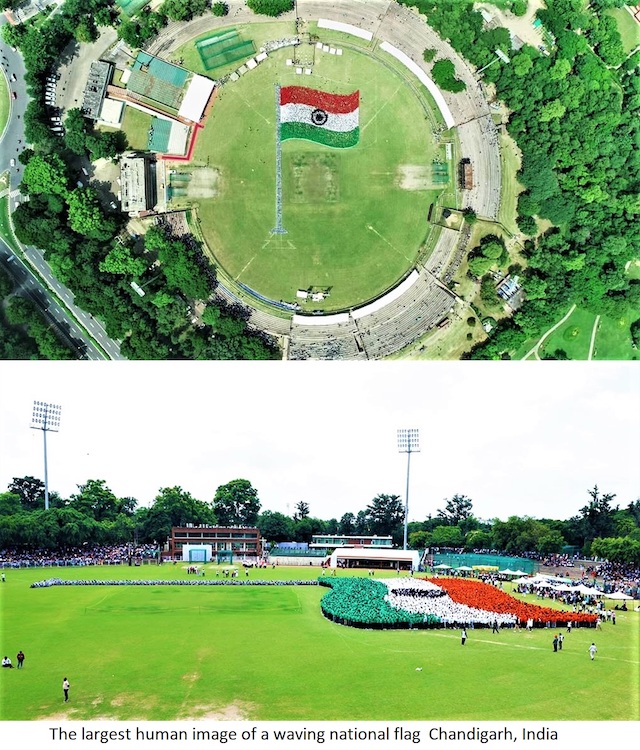 The country is celebrating ‘Azadi Ka Amrit Mahotsav’. The celebration of Independence Day honours the sacrifices and tireless efforts of freedom fighters. The government has launched a host of events to add to the zest of the celebration; the country is wrapped in the colors of the Indian national flag.

The flag code of 26th January 2002, accepts the right of all the citizens to fly the flag on their premises. Indians can proudly display the national flag anywhere and anytime, as long as the provisions of the Flag Code are strictly followed to avoid any disrespect to the tricolour.

Radhika Kapil, their elder daughter, pours her nationalistic expressions into her paintings; besides deep emotions with a shade of spiritualism.  After the United Kingdom, a few are now exhibited at Mandi House Delhi. Her husband Group Caption Rohit Kapil flying (Pilot), is a Vayu Sena Medal (Devotion to Duty) awardee. He nurtured a feeling of pride and utmost professionalism in all personnel of the Sqn. The decorated soldier played a leading role in ‘India’s Might’ an air show of Trishul Formation-Jan 26th, 2015. 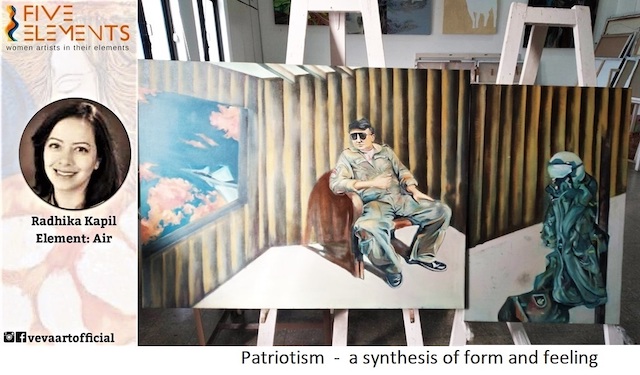 In Tricolor (Tiranga), the top band is of Saffron (Kesari) colour, indicating the strength and courage of the country.

The white middle band indicates peace and truth; with ‘Dharma Chakra’ as in the Sarnath Lion Capital made by the 3rd-century BC Mauryan Emperor Ashoka. The Chakra’s diameter approximates the width of the white band and it has 24 spokes.

The last band green in colour shows the fertility, growth, and auspiciousness of the land. The ratio of the width of the flag to its length is two to three.

India is one of the oldest civilizations in the world with a kaleidoscopic variety and rich cultural heritage.

‘I’m Christian, I can’t hoist or salute the national flag’: says Tamil Nadu government school, headmistress. “We only salute God and no one else. We respect the flag but we will only salute God…” * 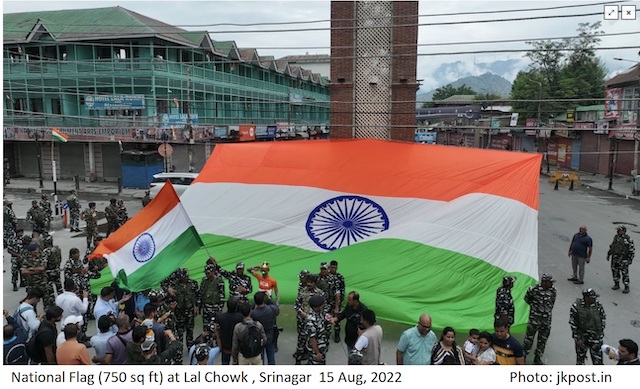 The flag, however, cannot be used for communal gains, drapery, or clothes. As far as possible, it should be flown from sunrise to sunset, irrespective of the weather. I wonder if it can be used as a decoration or bunting.